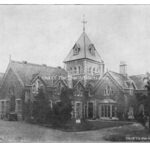 Mining School – Crumlin Monmouthshire. Prior to established mining schools and colleges, the various aspects of advanced mining education in connection with colliery officials and management etc was usually given at local schools in the coal mining districts. These mining classes were usually held after normal school hours under the Technical Instruction Committees. During the rapid expansion of the coal ... END_OF_DOCUMENT_TOKEN_TO_BE_REPLACED 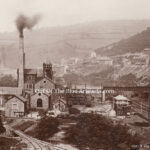 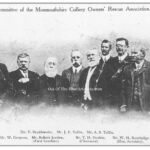 Mr Edward Jones of Partridge Jones & Co 1836-1903. Mr Edward Jones was born on the 4th December 1836 at Talybont, Breconshire, he attended Abergavenny Grammar School, he went on to become a mining pupil at Beaufort and became associated with Mr Crawshay Bailey. His first official appointment was on the management of the Varteg Colliery under Mr Crawshay Bailey. ... END_OF_DOCUMENT_TOKEN_TO_BE_REPLACED 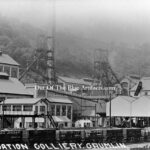 The Navigation Colliery – Crumlin. On Thursday 8th August 1907 it was reported that the directors of the Messrs Partridge, Jones & Company had visited the site at Crumlin in preparation for the start of the sinking of their new colliery the Navigation Colliery at Crumlin. On Friday 9th August 1907 Messrs Partridge, Jones & Co announced in the local ... END_OF_DOCUMENT_TOKEN_TO_BE_REPLACED 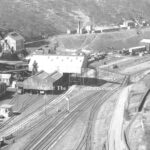 Aberbeeg Colliery (South) There isn’t a great deal of information or many photographs of the Aberbeeg South Colliery (as seen in the image upper right. The colliery on the left was the Crumlin Navigation Colliery) it was late in the sinking operations and seems to be a forgotten pit. The Aberbeeg Collieries Ltd. In January 1924 it was announced in ... END_OF_DOCUMENT_TOKEN_TO_BE_REPLACED

The Llanhilleth Institute – A Brief History 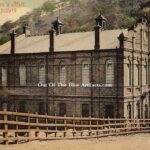 The Llanhilleth Institute History. In 1897 Mr Edward Jones (Colliery Company Partner) had previously been approached on establishing an institute or reading library at Llanhilleth, he initially provided a small building as a library reading room and a room for billiards, he promised that if an institute was constructed in the area, his colliery company would contribute toward such a ... END_OF_DOCUMENT_TOKEN_TO_BE_REPLACED 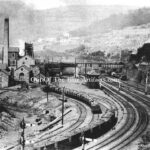 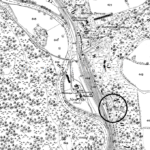 Llanhilleth Collieries. Mr Reginald James Blewitt. Located on the eastern side of the valley the Old Pit (as seen circled on the above map of 1880) was originally established in the late 1840’s (as seen in the 1849 article opposite from the Monmouthshire Merlin newspaper) under the ownership of Mr Reginald James Blewitt Esq. Mr R. J. Blewitt was the ... END_OF_DOCUMENT_TOKEN_TO_BE_REPLACED