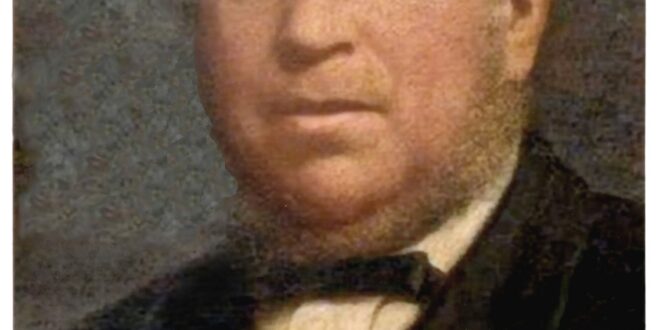 The Deerhound.
Apart from the industrial activities John Lancaster owned his own yacht called the “Deerhound” a three-masted sail and steam vessel, 190 tons with a 70 horse power engine, captained by Mr Evan Parry Jones. The Deerhound yacht was built in 1858 at the John Laird shipyard at Birkenhead for the Duke of Leeds and soon after purchased by Mr John Lancaster. Mr Lancaster and his family used to sail around the Mediterranean Sea for leisure.

The C.S.S. Alabama and the U.S.S. Kearsage Incident 1864.
During one of these leisurely trips in 1864 he stopped of at Cherbourg, France to attend the inauguration of a new casino, the Casino Bains de Mer, he got caught up in the sea battle between the C.S.S. Alabama captained by Captain Raphael Semmes and the U.S.S. Kearsage under the control of Captain John Ancrum Winslow just off the coast of Cherbourg.

During the American Civil War the Confederate Ship Alabama had been at sea on raiding missions during which time had sixty-five interceptions and claimed over $6,000,000, ($123,000,000) in today’s money and had to dock at Cherbourg for repairs and rest. The Union Ship Kearsage had been sent to find and destroy her and soon located her

On 19th June 19th 1864 they met just off the coast of France. Capt Winslow of the Union Ship wanted to blockade the Confederate Ship in the port, though Captain Semmes refused to be held in a stalemate and sailed out to confront the Kearsage, a sea battle in the latter years of the American Civil War followed.

The U.S.S. Kearsage defeated and sank the C.S.S Alabama after a fierce battle and John Lancaster in the Deerhound who witnessed the battle first hand sailed to the rescue of Captain Semmes and the other survivors of the Alabama where they gratefully accepted his help rather than be taken prisoners by the U.S.S. Kearsage, after safely all on board Mr John Lancaster took them to Southampton, England.

At Southampton, Captain Semmes upon leaving the Deerhound presented John Lancaster’s son with one of his officers swords and a pistol in remembrance of the occurrence and the kind treatment he and his men had received on board the yacht.

After the Alabama rescue the Deerhound Yacht was sold to Sir George Stuckley and on the opening of the Suez Canal in 1869 was the first British yacht to sail through the canal. She was sold to a company in Zambia and she eventually foundered of the coast of Zambia, Africa in a storm.

The Red Rose Yacht.
In March 1880 Mr John Lancaster paid a visit to Newport, South Wales. He arrived at the Alexandra Dock on his yacht “The Red Rose”. He had been electioneering as Liberal candidate for the Wigan area and had stopped off to see an old friend Mr E. H. Carbutt, the Liberal candidate for the Monmouthshire Boroughs and to take on bunker coal for a cruise to the Mediterranean.

Mr Lancasters yacht “The Red Rose” was one of the finest yachts belonging to the Royal Yacht Squadron, the members of which club were alone allowed to fly the St George’s Ensign. She was built in 1873 especially for Mr Lancaster and was 500 tons B.M. The yacht could steam at 16-17 knots per hour. The grand saloon was fitted with with wall panels of polished walnut and maple, the ceiling was painted silver grey with gold beadings and a lobby furnished with polished pine. The was a ladies saloon and also a grand smoke-room built in such a position that it had commanding views from all points of the compass.

The Later Years.
On the 21st April 1884, Mr John Lancaster sadly passed away at his home at 58 Fitzjohns Avenue, Hampstead, London just weeks after coming home from holiday in the Mediterranean. The Lancaster Company lived on and flourished under the directorship of family members.

In 1888 the Messrs J. Lancaster & Co with Messrs Spier took over the lease of the Cwmtillery and Roseheyworth Collieries.

In 1891 the company under the directorship of Mr John Lancaster junior established the Arael Griffin, Six Bells Colliery and later, streets – both Lancaster Street’s, Six Bells and Blaina were named in his honour.

The following is a link to the construction of Lancaster Street Six Bells, Abertillery.