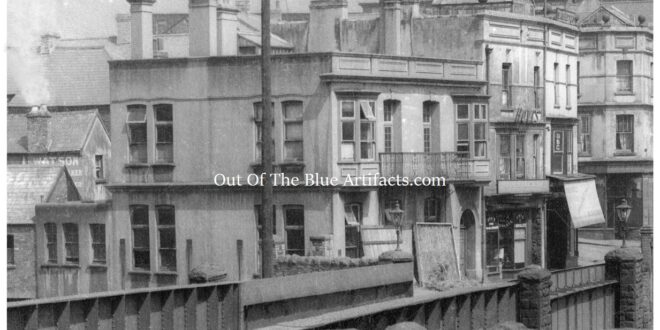 The Liberal & Labour Club Abertillery
In June 1910 the committee decided to have the Liberal Club reconstructed, the new building (as seen in the featured image above) was built over the old structure.

New Liberal Club.
Since its opening in 1902 the Liberal & Labour Club under the secretary-ship of Mr T. Embrey had gained popularity though changes in the political outlook in the district that side of activities gradually diminished so that around 1905 the club revolved more around the social side rather the political aspect. From about 1906 the club, under the new secretary Mr H. Jones stayed popular and became very prosperous, there was a need for a much improved premises.

In 1910 the club purchased from Mr D. Gulliford the whole block on the corner of Tillery Street and the Foundry Bridge area, they completely rebuilt the Liberal Club over its old premises, reserved land adjacent to it and re-sold the other block at a profit. During the rebuilding of the club, they played their billiard tournaments in the cellar. The planning of the new building was prepared by Mr Rait Smith of Mr W. H. Hiley, architect of Abertillery and the contractor was Mr Richard Tudor.

The Official Opening of the New Liberal & Labour Club.
The new premises were officially opened on Thursday 30th November 1911.

The Building.
The new building presented a very imposing appearance to the approach to town from the Foundry Bridge, it had bay windows with a balcony on the first floor. The basement contains the structure of the old premises which was used to play billiards as the new building was being constructed above. On the ground floor there was a vestibule, from which double doors led to the main room, size 35′ feet by 28′ feet by 12′ feet 6″ inches high. The room was upholstered by Messrs G. Jones & Sons. There were two full size billiards tables and smaller various tables for other use in the main room. At one end of the room was a small private office and at the other end was a small cloakroom and lavatory.

From the vestibule there was a 3′ foot wide wooden staircase leading to the first floor lecture hall which measured 38′ feet by 28′ feet, this hall was divided by sliding partitioning to provide accommodation for smaller meetings. From the first floor access was obtained to the re-enforced concrete flat roof, which was the only one of its kind in the district. The whole work was carried out by Mr Richard Tudor under the plans of Mr Smith with all of the plumbing carried out by Mr W. G. Marsh.

The Supper.
After the opening on the new Liberal & Labour Club and supper was held at the premises. Between 70 to 80 members sat down for the meal which was provided by Mr J. Emlyn Phillips. Later the gathering moved to the billiards room for a concert. Mr A. Frowen the president presided over the social with a programme being opened by Mr Tom Stephens, Messrs M. W. Price and A. Harrison followed with a duet. Messrs L. J. Langford and G. Selby and Messrs C. S. Reed B.S.c., and W. Williams rendered solo’s.

Mr R. J. Ayers presented the secretary Mr Jones with a gold English lever watch and chain. The watch which had been kindly supplied by Mr Tom Evans, Jeweller, Abertillery bore the inscription “Mr H. Jones, secretary of the Abertillery Liberal & Labour Club, from the members as a token of goodwill and appreciation”. In the absence of the vice president Mr A. Hyde, the toast to the architect, contractor and furnishers was submitted by Mr W. D. Lewis Evans M.A., who complimented them on the way they constructed and prepared the new premises.

Thanks was given to all who participated and to the accompanist Mr Dan Jones.

The new Liberal Club had an assembly room on the upper floor, it was a men only private club but after 1911 there were a lot of women’s associations holding meetings in its assembly rooms.

On Sunday 19th November 1911 the Christadelphian Society moved from their then present meeting rooms at Chapel Street to the Liberal Assembly Rooms and held their first meeting that night. 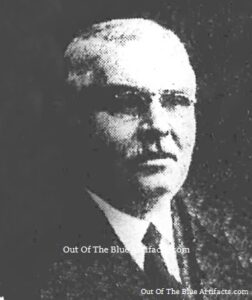 Mr Richard Tudor 1864-1931 was from Haverfordwest. He came to Abertillery in 1891 as foreman builder to the Gaen Brothers Building Contractors, he was living in Alma Street, Abertillery.

Mr Tudor’s first wife was Mary Tudor nee Lewis from Maesteg who passed away in 1909, they had a son Mr Herbert Tudor, Herbert was sadly killed in the Great War 1914-1918. Mr Tudor’s second wife was Miss Lizzie Gilligan, the head mistress at the Queen Street Schools. At the time of his death Mr Tudor had become a J.P. and was living in Enfield House, Oak Street, Abertillery.