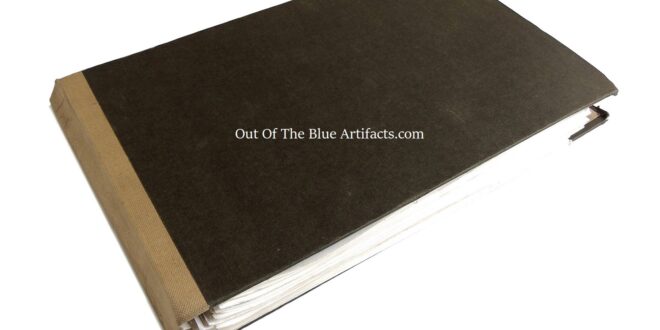 South Wales Collieries – Mobile Winder Information File.
This official N.C.B file for the use of the mobile winder in the case of any accident of breakdown of the fixed-winders was compiled by the N.C.B for the purpose of cataloguing the details of each shaft in the collieries of South Wales that was open in the early to late 1980’s. The booklet contains all the details of the twenty-seven collieries – with three to four different inspection dates per colliery and updates – 3 pages of report results and recommendations per colliery. 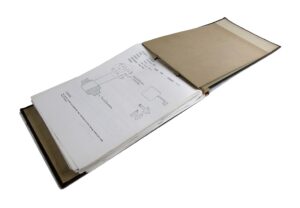 Details Listed.
The details catalogued shows the time it took for the mobile winder to attend the scene of any breakdown at the collieries listed. The shaft depths and diameters, types of guide ropes and guides etc, fixing points, the time it took to be set up, the mobile winder cage (known as the “bomb”) to be lowered down the shaft or shafts with a loaded weight and raised back to the surface. It also lists problems the team encountered and ways of improving the system procedure. The file also contains hand drawings of the headgears sheave wheels, rollers and other bits of machinery which was used in the procedure.

It was stated the speed of the bomb was between 5.2 and 5.8 feet per second.

The collieries listed in the file were visited on numerous occasions with each visit and each shaft being separately catalogued. In the case of the collieries having two or more working shafts, each pit was subjected to the drill and catalogued individually. 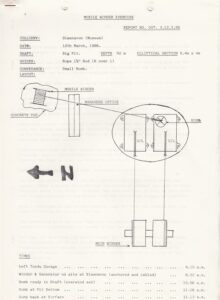 Procedure –
The mobile winder and generator left Tondu Garage and received at Blaenavon Big Pit as stated, the mobile winder was placed on the concrete pad provided. Using the sighting pins on the trailer canopy it was manoeuvred until the centre of the winding drum was inline with the mobile winder headgear pulley.

The mobile winder was then securely anchored.

The main and secondary cables were connected, the banks-mans unit incorporating the signal and intercom equipment was placed in a convenient position at the pit-top and was connected to the mobile winder drivers display panel.

An earthing cable was connected.

After the initial checks, (oil, water, fuel levels etc) had been carried out, the diesel generator was started-up and safety circuits set.

Considerable time was lost before the rope socket could be connected to the bomb, due to difficulties in clearing the managers office roof when feeding the rope over the mobile winder sheave.

Into the bomb was placed a weight of approximately 300lb.

The pit-top overwind limit was set to 4 metres above rail level. After lowering the bomb some 10 metres it was raised in an attempt to hoist the bomb above this limit and the engine cut out confirming the mobile winder had tripped on overwind.

The descending wind was completed with no interruptions other than those necessary to synchronise the speeds of the two winders.

The shafts-man did not accompany the Bomb and cage on the ascending journey, a brake hold was test was carried out, forward power was applied to the maximum value of 230 amps in favour of the out of balance load. The brake hold was satisfactory with no slip of the drum occurring.

The bomb was brought back to the surface and the load removed. The shafts-man was then brought back up the pit.

The underlap cage was then lowered back down the shaft to a position two revolutions below the meet. The Shafts man and myself then entered the Bomb and were wound down the shaft until the bottom of the Bomb rested on the roof of the cage. The shafts-man alighted the bomb and got onto the roof of the cage and opened the emergency trap-door which afforded access to the cage. The shafts-man then got back into the bomb and the conveyance was brought back to the surface where both passengers were landed.

The bomb was removed from the rope, the overwind limit removed and the rope passed back through the headgear sheaves and onto the mobile winder drum.

Recommendations on the Blaenavon Museum Report.
A new mobile winder pad will be laid. This will be in accordance with official N.C.B. plans and drawings.

The pad will be laid and positioned on the opposite side of the shaft to the permanent winder.

It will be capable of serving both cages from the same anchorage.

The pit-mans harness is unsuitable for children and the colliery is required to purchase different size harnesses.

The next exercise will be carried out in an overlap position.

Notes of Interest – The mobile winder and generator was housed in – Newbridge, and Waterton, Bridgend. The engineers who compiled this booklet were Mr Derek V. Harris, Mr R. Tedstone and Mr P. M. Lord. The engineers reports were addressed Llanishen and Ystrad Fawr.