A Handbook of Railway Stations

May 30, 2022 Comments Off on A Handbook of Railway Stations 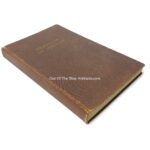 A Handbook of Railway Stations. This is an official handbook of railway stations in Great Britain and Ireland. It lists Station Accommodation, including Crane Power, Junctions, Sidings, Collieries and Works etc with County Region, the Executive or Company and Position. Pages – 494 pages. Published in 1956 by the British Transport Commission, Railway Clearing House, 203 Eversholt Street, London NW1. ... END_OF_DOCUMENT_TOKEN_TO_BE_REPLACED 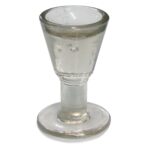 A Victorian Penny Lick. These penny lick glasses were an early form of cone handed out by the street cart ice-cream vendors. After the ice-cream was licked from the glass, the vendor would dip the penny-lick into a small basin of water ready for the next customer to use. Made from glass. Size – These solid glass licks were small ... END_OF_DOCUMENT_TOKEN_TO_BE_REPLACED 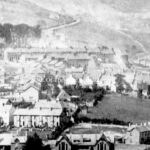 The Abertillery Land Investment Company. In 1892 Mr Edward Oxenford Preston and Co of No.4 Tokenhouse Buildings, Bank of England, London formed the Abertillery Land Investment Company Limited, with others. The company (as seen in the advertisement left) was formed to acquire property, building sites, land and to build houses and cottages in colliery and industrial town districts. Mr Edward ... END_OF_DOCUMENT_TOKEN_TO_BE_REPLACED 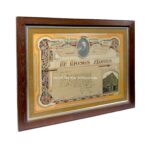 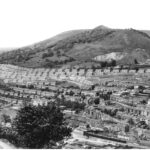 Rose Heyworth Housing Estate. In the mid 1940’s the council were under pressure to provide housing in the district and plans were put forth with the approval of the Welsh Board of Health to build a housing estate on the eastern side of the valley (as seen in the main featured image above) north of Clyn Mawr and the cottages ... END_OF_DOCUMENT_TOKEN_TO_BE_REPLACED 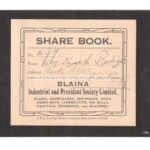 Blaina Industrial and Provident Society Limited, Share, Capital Interest, Dividend and Withdrawals Account Book 1920. This account shares booklet from the Blaina Industrial and Provident Society Limited in connection with the Crosskeys branch of the society belonged to Mrs Mary Elizabeth Rawlings of Park Street, Crosskeys. Member number 597. The account in the name of Mrs Rawlings in this book ... END_OF_DOCUMENT_TOKEN_TO_BE_REPLACED 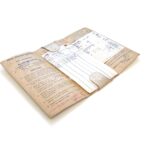 A Great Western Railway Coal Requisition Folder – Newbridge Station and Crumlin Low Level. This tri-fold coal requisition folder kept record of the quantities of coal delivered to the Newbridge Station and the Crumlin Low Level Station between the dates of April 1942 and March 1968. For example on 27th March 1947 there was no coal to hand at the ... END_OF_DOCUMENT_TOKEN_TO_BE_REPLACED

May 31, 2021 Comments Off on King George V and Queen Mary – Coronation Medal 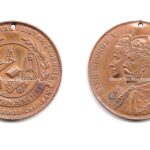 The Coronation of King George V. On Thursday June 22nd 1911 King George V and his Consort Queen Mary were crowned at Westminster Abbey. The Archbishop of Canterbury Dr Davidson and the Archbishop of York Dr Lang assisted by bishops and clergy, officiated at the service. On a local level preparations had been made for celebrating the event. Abertillery. At ... END_OF_DOCUMENT_TOKEN_TO_BE_REPLACED

May 10, 2021 Comments Off on The Christian Endeavour Union of Wales – Badge 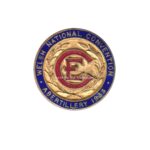