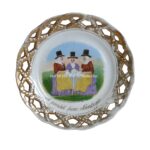 Nantyglo – Ornamental Plate. This small ornamental plate has a pierced outer rim, finished in gold and also has a coloured transfer print of three Welsh ladies having tea. Written in gold below are the words “A present from Nantyglo”. Made from porcelain. Size 6″ inches in diameter.  END_OF_DOCUMENT_TOKEN_TO_BE_REPLACED 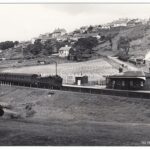 Nantyglo Railway Station. In 1858 the Monmouthshire Railway and Canal Company entered into negotiations with Messrs Bailey of the Nantyglo Iron Works for a lease of their railway from Coalbrookvale to Nantyglo where they wanted to erect a railway station for passengers and goods. Permission was granted and the planning began. By 1859 the Nantyglo Railway Station was under construction. ... END_OF_DOCUMENT_TOKEN_TO_BE_REPLACED 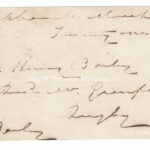 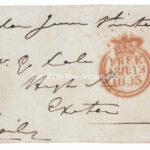 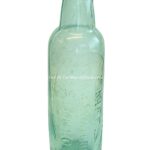 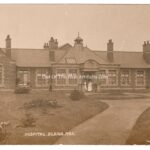 The Nantyglo and Blaina Fire Brigade – Formation and Early History 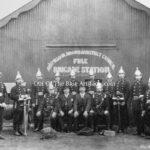 Blaina and Nantyglo Fire Brigade – Formation and Early History. In the mid to late 1880’s the need for protection against fire in the district was first brought to the attention of the Nantyglo and Blaina Local Board by Mr Edmund Harris. The matter was held over until a later date. The Beginning. On Thursday 25th October 1888 a monthly ... END_OF_DOCUMENT_TOKEN_TO_BE_REPLACED 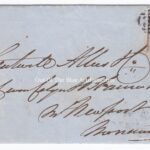 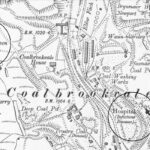 Nantyglo and Blaina Hospital for Infectious Diseases. Epidemics. Throughout time many epidemics had broken out in England and Wales. Since records began in the 1600’s they were mainly confined to large cities and spread through the populous areas with poor sanitary conditions and inadequate supplies of drinking water. Though as the population grew and expanded (mostly in primitive conditions) to ... END_OF_DOCUMENT_TOKEN_TO_BE_REPLACED 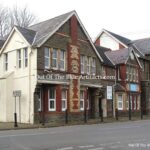 The Blaina Instruction Society. In January 1846 a British and Foreign School was built at the Blaina and Cwmcelyn Iron Works (as seen in the clipping left) to educate the children of the many iron workers and was established through the persistence of Mr Frederick Levick, Ironmaster of the Blaina and Cwmcelyn Iron Works. In March 1848 it was reported ... END_OF_DOCUMENT_TOKEN_TO_BE_REPLACED