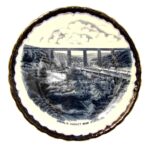 Messrs Briggs & Co Boot and Shoe Manufacturers. Messrs Briggs & Co were Mr William Edwin Briggs and his son Mr Arthur Edwin Briggs, a family of boot and shoe manufacturers from Leicester. They had stores in all major towns throughout Britain with many in South Wales including Brynmawr, Risca, Blackwood, Abercarn, Ebbw Vale and Newbridge. In the early 1900’s ... END_OF_DOCUMENT_TOKEN_TO_BE_REPLACED

Crumlin Viaduct. The viaduct at Crumlin was originally built to carry the Taff Vale extension of the Newport, Abergavenny and Hereford Railway across the River Ebbw at Crumlin. In May 1845 the Welshman Newspaper featured a report in connection with the Welsh Railways and the Vale of Neath, it stated that ” In addition to the Welsh Midlands Railways, a ... END_OF_DOCUMENT_TOKEN_TO_BE_REPLACED 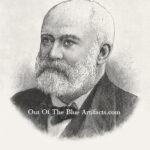