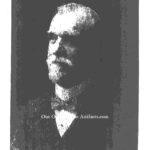 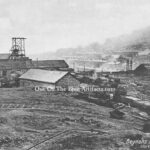 Beynons Colliery – Blaina In early 1920’s the collieries of Blaina that had been previously owned by the Messrs J. Lancaster Co had not mined coal west of the River Ebbw. The company needed a new mine capable of retrieving the coal from that side of the valley. Mr Jenkyn Williams. In 1920 Mr Jenkyn Williams M.E. submitted a scheme ... END_OF_DOCUMENT_TOKEN_TO_BE_REPLACED