The Day The Navy Came to Abertillery 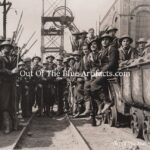 The Day the Navy Came to Abertillery – The 1921 Miners Lock-Out.  Late 1920, early 1921, the collieries in the United Kingdom were still under state control following the Great War, the post war boom in coal exports was over and demand for coal was waning, thousands of miners were to lose their jobs and massive pay cuts were to follow, ... END_OF_DOCUMENT_TOKEN_TO_BE_REPLACED 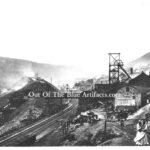 The Vivian Colliery Waste Tip Fire. The fire in the waste tip at the Vivian Colliery (as seen in the image) started in about 1892-93. In July 1907 the Gazette Newspaper reported on the fire and said it had been a nuisance over the past years but now after these years it was becoming a health hazard and a put-off ... END_OF_DOCUMENT_TOKEN_TO_BE_REPLACED

The Vivian Colliery – A Brief History 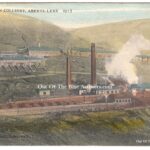 The Sinking of the Vivian and the Gray Collieries 1889 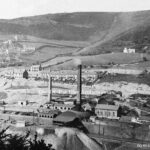 The Sinking of the Vivian and the Gray Collieries 1889. The Vivian and the Gray Collieries were sunk at the same time under the directorship of the owners Powell’s Tillery Steam Coal Company. Tenders were invited for the sinking in January 1889. The Cutting of the Sod Ceremony. On Tuesday 19th February 1889 the ceremony of “Cutting the Sod” took ... END_OF_DOCUMENT_TOKEN_TO_BE_REPLACED