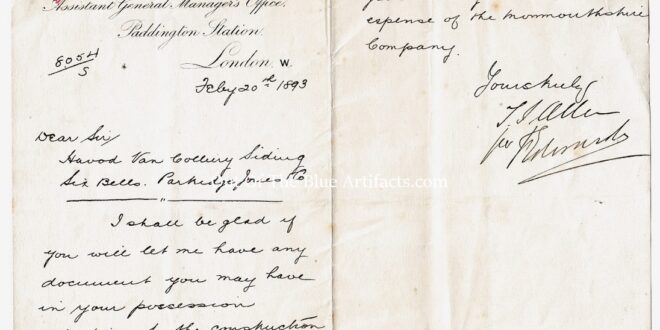 This letter was sent in connection with a query about the “railway sidings” at Hafod Van Colliery, Six Bells, on land leased by Partridge, Jones & Co Mine owners of Abertillery and Six Bells and Llanhilleth. The sidings in question was seemed to have been constructed in 1855.