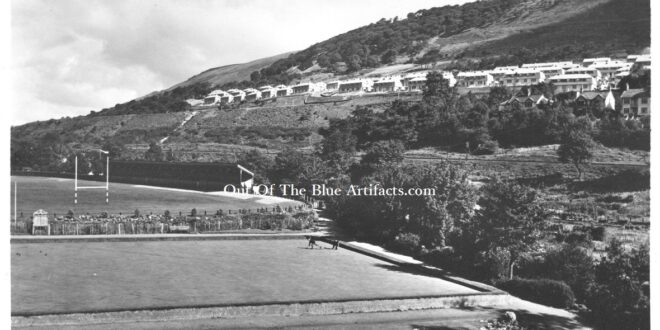 On Thursday 9th May 1912 the Abertillery Bowling Club was formed.
On Thursday 9th May 1912 the newly formed Abertillery Bowling Club held a meeting at the Church Schoolroom, kindly lent by Rev H. S. Rees. The meeting was convened for the purpose of electing a captain and also the passing of rules governing the club. Mr R. J. Edwards was unanimously elected as (Captain) who appointed Mr E. Williams has (Deputy). Mr G. A. Carter (Secretary); Mr E. Jones (Hon President): Mr J. E. Flowers presided and welcomed any new members.

The Subsidence and Repairs.
In the mid 1920’s it had been severely affected by subsidence and had to be repaired, levelled and relaid.