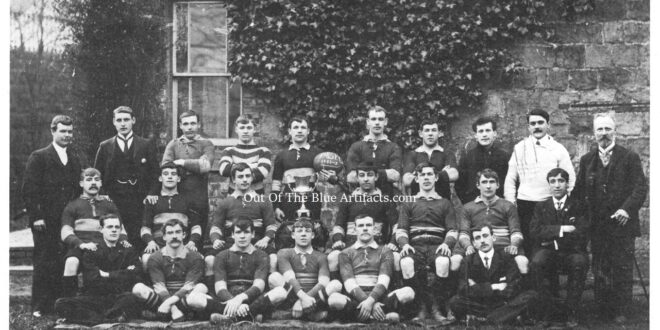 The Abertillery Junior Rugby Teams.
During the relatively short history of Abertillery, the town has had many teams in connection with rugby football, including the senior sides of Blaenau Gwent R.F.C., and Abertillery R.F.C. along with the various chapel and church teams, school teams, with the town’s junior teams including the Harlequins, Crusaders, Abertillery United, Wednesday’s team and the Boccolonians just to name a few. The senior teams played on the Old Barn Field later becoming the Abertillery Park and the Captains Field (where Glandwr Street is built). The juniors played on the Gasworks Field, south of Tesco’s where the Water Treatment Plant is today.

Apart from the Abertillery district senior teams (featured on this site) and Blaenau Gwent Rugby Football Club (still to come), what follows is a brief history of the junior league teams that flourished in Abertillery in the early years, teams of which members were later chosen by the premier sides in the valley. There are, as mentioned many other teams that formed and disbanded over the years, they will be added when information is found on them.

Abertillery Harlequins.
The Abertillery Harlequins were the first known junior team and were formed in 1894, they played in the Monmouthshire Rugby League and in the mid 1890’s their secretary was Mr William Hiley based at Brynteg, Blaenau Gwent, Abertillery. In 1898 they had a new secretary Mr R. Brewer of Tillery Street, Abertillery and it was reported that their ages were between 13 to 16 years of age. The club had various secretaries over the years including Mr C. Winmill.

In May 1899 an annual supper was held at the National School, Abertillery kindly lent by the vicar Rev H. S. Rees. Over eighty guests sat down for the spread provided by Mr W. G. Wilkins after which Mr A. Jones was awarded a prize for top scorer for the season and Mr C. Hodges as captain. At this gathering it was suggested to start a Gymnasium Rugby Football Club.

Brynteg Abertillery Harriers.
In December 1899 the Brynteg Harriers, Abertillery were featured in the league and were making arrangements for games with other teams between the ages 12 to 15. Their secretary was Mr A. Payne of 43 Lewis Street, Abertillery. (Lewis Street is at the bottom of Gaen Street, Blaenau Gwent, the couple of houses adjacent to the Blaenau Gwent Workingmen’s Club). 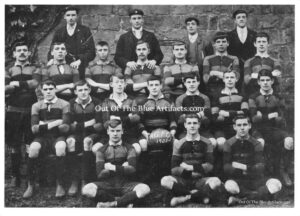 In September 1899 an advertisement was placed in the South Wales Gazette by the Crusaders inviting teams to arrange fixtures with them – Apply to Mr J. James (Secretary) of 10 Gray Street, Abertillery.

On Saturday 23rd of September 1899, the Abertillery Crusaders met Blaenavon Forge Seconds on the Gasworks Field, Abertillery. The Crusaders won by three tries to nil. The scorers were – J. Jones; T. Daggar and A. Strickland: 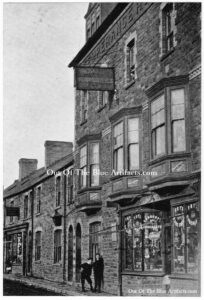 The Abertillery Athletic Association.
At the end of the 1890’s and the start of the 1900’s an athletic association was formed, called the Abertillery Athletic Association it took control of most of the sporting clubs and placed them all under one administration. They organised sports events at the park, football matches, negotiated the use of the various grounds with the council and took control of the finances of the teams that were affiliated to the association. No sporting member could be part of unless his subscriptions were fully paid, the club took in the various sports clubs of Abertillery such as the cricketers, footballers, athletes and gymnasts.

In September 1901 the Abertillery Crusaders played Waenavon Juniors on the Gasworks Field and won five tries to nil. The scorers were – W. Day; W. Jones; D. Owen and L. John:

In January 1902 the Abertillery Crusaders 2nds advertised inviting teams to arrange fixtures with them. The team at this time had a new secretary – Apply to Mr Richard Brewer (Secretary) of Newall Street, Abertillery. 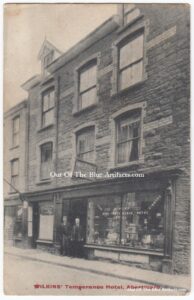 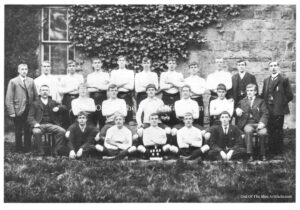 The Abertillery Athletic Association Meeting.
In June 1904 at an unusual meeting of the Athletic Association at the Buckley’s Temperance Hotel, Oak Street, Abertillery, the chairman Mr W. H. Hiley spoke of the unexplained absence of the treasurer Mr R. Waygood, the committee were unable to present a balance sheet on the club’s financial position. It was decided to appoint Mr J. Boots and Mr J. Corbett to wait on Mr Waygood or to obtain from him the books etc.

In the meantime, Mr W. J. Phillips the Football Section secretary gave a report on the football section as follows – It had not been a very successful season, there had been several difficulties that they had to contend with including the weather and other causes and they were out of pocket. The total receipts for the year amounted to £125. 15s. 0d. including a donation of £25 from the Welsh Rugby Union. The expenditure amounted to £138. 3s. 1d. including – Players travelling expenses of £87. 17s. 0d: Insurance of £19. 10s. 6d: Welsh Rugby Union and Monmouthshire League penalty fees £4. 4s. 0d: Printing and posting expenses £7. 12s. 6d: Jersey’s and Knickers (Shorts) £9. 14s. 0d: Footballs £2. 2s. 11d: An Abercarn penalty of £2. 0s. 0d: This all left a deficiency of £12. 7s. 7d. In connection with the Ince Challenge Cup the receipts were £9. 11s 0d. with an expenditure of £6. 11s. 0d. and they had to pay £3. 3s. 0d. to get re-admittance into the Monmouthshire League. It was suggested that they wait until the following month where a proposal to disband the association would be put forth.

The Abertillery Athletic Association went through some changes in their set-up, they re-structured and carried on organising the different teams affiliated to them. (More information to come).

Presentation to Mr W. G. Wilkins.
On Wednesday 15th of November 1905, members of the recently disbanded Abertillery Crusaders Rugby Football team met at their old headquarters, Wilkins Temperance Hotel for the purpose of presenting Mr W. G. Wilkins with the silver cup which was won by the team in a tournament a few years ago. The cup was inscribed as follows – “This cup was presented to Mr Wilkins by the Abertillery Crusaders Football Club on Wednesday November 15th 1905”, the chairman Mr J. Corbett made the presentation and spoke of the generous support accorded by Mr Wilkins to all forms of sport in general and to the Crusaders in particular. The cup was filled and handed around the room.

In September 1907 an advertisement was placed in the South Wales Gazette by the Abertillery Harlequins inviting teams to arrange fixtures with them – Apply to Mr G. Powell (Secretary) of 38 Gladstone Street, Abertillery. 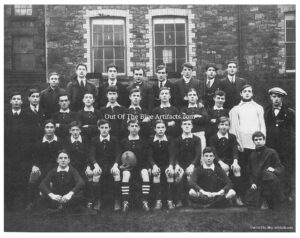 A New League.
On Wednesday 4th of December 1912, a meeting was held at Rabbiotiers Temperance Rooms, Newbridge with a view of forming a new league. The new league was to be called the Western Valley Old Boy’s League and the clubs represented were – The Newbridge Old Boys, Six Bells Reserves, Crumlin Quins, Ebbw Vale, Abertillery Crusaders (as seen left), Llanhilleth Thirds, Abertillery Old Boys and Pentwynmawr. The following officers were selected – Mr T. Morgan of Ebbw Vale (Chairman); Mr A. Salter of Newbridge (Vice-Chairman); Mr J. E. Williams of Llanhilleth (Treasurer); Mr R. M. Winstone of Newbridge (Secretary) and Mr P. Davies of Ebbw Vale (Assistant Secretary): The entrance fee was 5s., the age limit was 21 years of age and all players must be registered. A team from Aberbeeg later joined the league.

The Post War Era.
Due to the outbreak of war 1914-1918 many players joined the colours and fought for their country. rugby playing in the leagues ceased. In 1920 the leagues resumed and the Abertillery Harlequins began their season 1920-21 playing on the Duffryn Athletic Grounds. During this time the Abertillery Harlequins played some of the best teams in the leagues and had a fantastic record, they were reportedly the best junior team in the county, this was no mean feat as most of the players were picked to play for the district’s senior teams such as Abertillery, Llanhilleth and Aberbeeg etc.

The Abertillery Harlequins Disbands.
On Tuesday 14th of February 1928, the Dundee Courier newspaper and a few local editions reported that due to the industrial depression the Abertillery Harlequins Rugby Football Team were to disband. It stated they had been in existence for over 25 years and in that time they had been one of the most successful junior teams in Monmouthshire, during the past six seasons 1922 to 1928 they had only lost six games.

Points of Interest –
Abertillery R.F.C.
On Saturday 30th of August 1913, at the start of the 1913-14 season the South Wales Gazette reported that 58 players presented themselves at the park to play for Abertillery R.F.C.