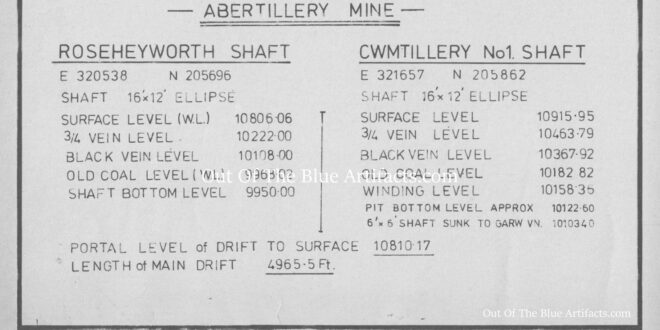 The coal and shaft depth chart (as seen in the featured image above) is taken from an official N.C.B plan of both collieries from 1970’s. I was most recently informed that the information printed on the chart shows that the National Coal Board used 10,000′ feet datum below ordnance datum level as a measurement and all measurements above would be in the positive. One must have to take the lower figure from the higher to get a measurement.

For many years there has been speculation about the depth of both collieries and this finding will clear it up.