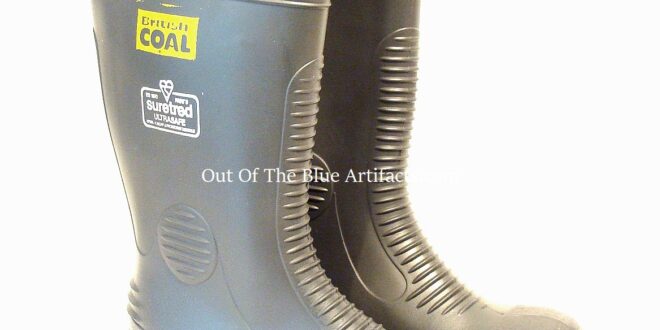 Made from black rubber. Size 15″ high.

This particular make were not of a high quality as seen in the older N.C.B. issue Wellington boots of the 1970’s. These modern boots were a thinner and more flexible rubber.