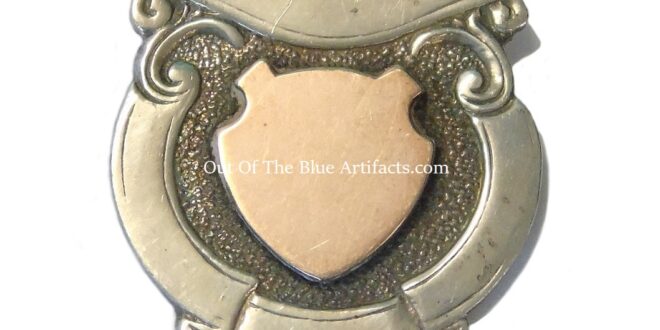 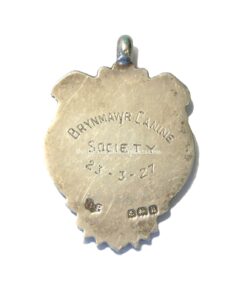 Brynmawr Canine Society.
On Wednesday 23rd March 1927 the first annual members dog show under the auspices of the Brynmawr and District Canine Society took place at the Market Hall Brynmawr. The number of entries totalled over 200 and it was stated that the quality was high.

Special Prizes.
The Deborah Silver Cup was given by Mrs I. Isaacs of Brynmawr for the best dog or bitch in the show, to be won three times before becoming the property of the exhibitor – K. R. S. Thomas of Llanhilleth with “Mapkelt Merrie Boy”.

Gold medal given by Mr Abe Brest of Brynmawr for the best novice dog or bitch in the show – R. C. Thomas of Pontypool Road:

Notes of Interest – The Various Canine Societies.
The Blaina Canine Society.
On Wednesday 13th January 1909 a meeting was held at Blaina with the proposal to form a Canine Society, it was to be known as the “Blaina and District Canine Society”. There had previously been a Fanciers Society in the town of Blaina but that was a mixture of dogs and poultry etc. This new society was for the purpose of just dogs.

The officers for the Blaina and District Canine Society were elected as follows – Mr H. Edwards (Chairman); Mr Daniel Colbourne (Treasurer); Mr W. J. Caddick and Mr D. J. Evans (Secretaries): It was decided that the membership radius should be open to the county of Monmouthshire and to residents living within 20 miles of Blaina. A membership fee of 2s. 6d. was introduced.

In July 1929 a dog show was also held at Church House, Brynmawr.

Abertillery Canine Society.
On Thursday 16th February 1933 a meeting was held at the Bush Hotel, Abertillery with the intention to form a canine society at Abertillery. The officers elected were as follows – Mr T. Harvey of Six Bells (Chairman); Mr R. C. Morgan of Six Bells (Treasurer) and Mr Reg Frowen of Hill Street, Abertillery as (Secretary): The membership was 2s. 6d. and it would be run within the rules of the Kennel Club.