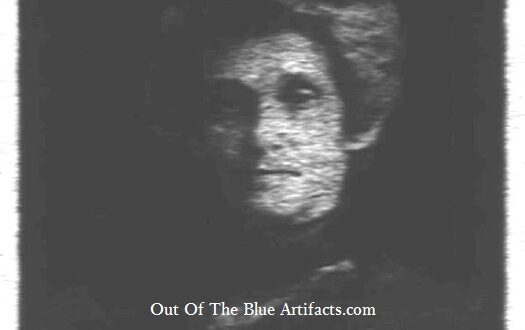 In 1864 the South Wales Colliery Co purchased the collieries from Mr John Russell, so Mr Hale may have been the company’s first M.D.  It was reported that the doctor was resident in the area throughout the 1870’s and had a surgery in Cwmtillery. At this time the area of Cwmtillery extended from the collieries in the top end of the valley down through into town and down to the Bush Inn, it encompassed the eastern side of the valley. Abertillery was the western side of the valley from the Railway Inn to Brynteg and Blaenau Gwent.

Dr W. E Hayes.
In 1875 there was a  Dr W. E. Hayes, of Irish decent and was working as a colliery doctor. He is pictured with the colliery company’s officials in the “Work and Win Committee” at the Colliers Hall, Cwmtillery in 1878.

Dr Hale.
Doctor Hale became a doctor in the area, though in 1886 Mr Hale the resident doctor passed away and the colliery company advertised for the vacancy.

Dr David C. Muir.
Dr David C. Muir a Scottish physician from Ayrshire, who was educated at the Ayr Academy and Glasgow University applied for the position. He was recommended to the workers by Mr Lawrence Heyworth managing director of the company, they accepted his application and he was appointed.

Dr Muir came to Cwmtillery with his wife Isabella (pictured above) in 1886 where they both worked in the area as colliery doctors. Their appointment didn’t start well has Mrs Hale was still occupying the Cwmtillery Doctors Surgery and an improvised surgery had to be provided for the Muir’s at the Colliers Hall.

A Colliery Accident 1889.
On Thursday 13th July 1889 there was an accident in the Cwmtillery No2 pit when doctors Mr and Mrs Muir were called upon to attend to a Mr William Stainer. Mr Stainer had been working in an engine house when the roof collapsed pinning him to the floor, a rescue party had formed to help him but fearing that the roof, which was unstable, would cave in and kill him and the rescue team, they feared that the only way to save him would be to amputate both his legs, Dr Muir descended the pit with his wife Isabella and they put a plan into action where they would erect a makeshift cog over the unfortunate man to stop any falling debris from the roof and they then tunnelled beneath Mr Stainer to get access to him from below.

By this time the Abertillery Town doctor Dr Owst had arrived and with Dr Muir aided the men in the rescue whilst Mrs Isabella Muir laid by Mr Stainer giving him comfort, support, food and water. They all stayed by the side of Mr Stainer until he was released from the rubble. The rescue took 18 hours, he was later brought to the surface battered and bruised but alive and well.

The Parish Doctor.
Having praised the medical staff there was another side to their generosity and caring when there was a case in Cwmtillery in about 1899 when a gentleman was ill at home and asked his young daughter to call for the doctor,  Dr T. Muir (a Colliery Doctor and relative of the Dr David and Isabella Muir) arrived and found the man unwell, he produced a bottle of medicine and asked for the payment of 2s. 6d. When the man said he couldn’t pay, the doctor put the medicine back into his bag and walked away. The next morning the daughter of the ill man was told to get the money from a relative and go and pay the doctor for the medicine as it was badly needed. She arrived at the surgery and was greeted by Dr Abernethy, she was questioned about the payment?

It seemed that the previous night she had called on Dr T. Muir a colliery doctor who upon investigation found that the man wasn’t a miner and therefore had no health cover, that is why he withheld medical care until payment was received.

The gentleman in question sadly passed away from his sudden illness and the court inquest was told by Dr Abernethy that the daughter should have called on the Parish Doctor for the care of her father and not the Colliery Doctor, though the girl wasn’t aware of the difference. The inquest returned a verdict of “death by natural causes”. Not long after Dr T. Muir left the area.

The Death of Dr David Muir.
In 1909 Dr David Muir sadly passed away at the age of 45 and the post of works doctor was advertised, at a packed meeting in the New Bridgend Inn, Penybont, the colliers of both collieries – Rose Heyworth and Cwmtillery voted Mrs Isabells Muir to be retained as doctor, it goes to show the great respect they had for her.

Dr Mrs Isabella Muir.
Mrs Isabella Muir accepted the post and remained as colliery doctor, she advertised for medical staff to help her in her new role and selected Dr J. Owen James, Dr M. Munro and Dr A. G. Sworn. The medical team would look after the Cwmtillery No1 & No2 and Rose Heyworth Colliery with a combined workforce of over 2,000 men while Mrs Muir opened a surgery in Portland Street, Abertillery.

Doctors J. O. James and G. Bennett.
In 1913 records show that the colliery doctors were Dr J. Owen James and Dr Gordon Bennett. In this year there was a ballot of the workmen over the doctors fees, it seems that each colliery had various rates taking into account of the size and workforce and the area they covered, in 1913 Cwmtillery and Rose Heyworth had a fee of 2d. in the £1 per person. The men at this time felt it was too much and wanted it reduced to 1d. in the £1. Miners agents felt it would be appropriate for a fee of 1 and a 1/2d. in the £1. Of the 2,076 miners balloted, 1,441 voted for the agents resolution and 635 voted against. The new middle fee came into force.

The Later Years.
Over time the need for a colliery doctor diminished, medical centres were constructed at the collieries with ambulance men and nurses being in attendance on shift rotation. At Rose Heyworth Colliery in the 1970’s the ambulance men working in the Medical Centre were – Mr John Hart, Mr Alfred Hunt, Mr Roger Hammond and Mr Ken Sweet along with a Nursing Sister.