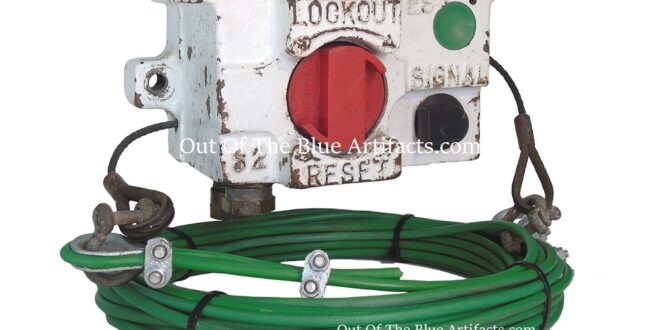 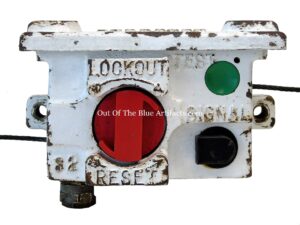 These lock-out boxes were bolted to the framework of conveyor belts (about fifty yards apart) and Panzer Scraper Chains and connected to each other by long lengths of wire (as seen in the main featured image above) If the conveyor belt or scraper chain had to be stopped for any reason such as for safety or maintenance you had to pull the wire, or if you were close to the box just turn the red switch on the front of the unit.