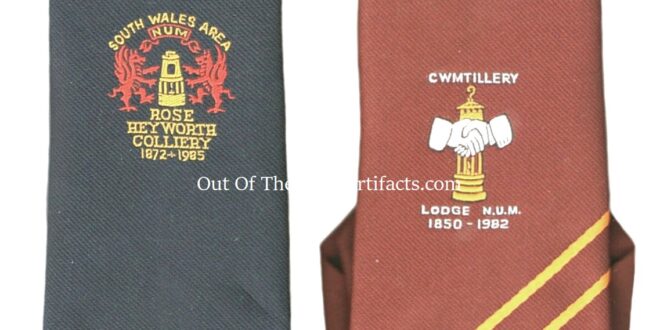 I designed the Rose Heyworth tie along with the badges commemorating the 1984-85 miners strike, at that time I had no information available on the dates the colliery had been established, I had to rely on vague information in old books and hear say, though recently I have had access to the South Wales Colliery Co files and the actual date of the start of sinking at Rose Heyworth was 1874.

Information on the sinking of Cwmtillery Colliery was the same, no-one actually knew the correct date but recent access to the online newspapers from the time states it was actually sunk in 1842. The closure dates on both ties are correct.

I have added all the relevant information on all the local collieries in the “Collieries” section.