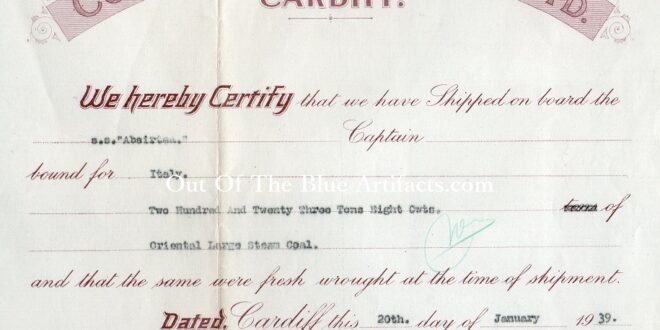 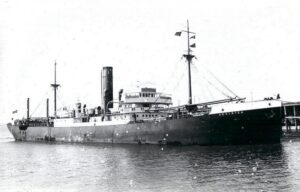 The S.S. Absirtea
Prior to the war this ship was used as a cargo ship used to transport coal, though in 1942 at the height of world war two the S.S. Absirtea (as seen left) was then seen as an enemy cargo ship, it was torpedoed and sunk in the Adriatic off the coast of Albania by the H.M.S. Thunderbolt of the Royal Navy under the command of Lt. Cdr C. B. Crouch. At the time of sinking it was owned by the Italian Government.