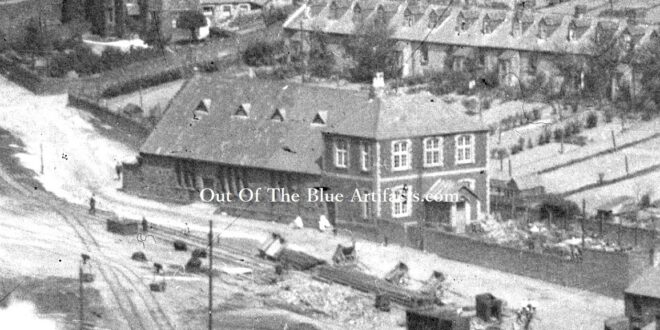 Cwmtillery Colliers Hall.
On Friday 31st of July 1874, the construction of the Colliers Hall at Cwmtillery commenced. The foundation stone was laid by Mrs Rose Heyworth, wife of Mr Lawrence Heyworth, the director of the South Wales Colliery Company. Within the foundations she placed a sealed bottle containing new current coins and a parchment with an inscription of the fact that the stone was laid by her.

Description of the Building.
The Colliers Hall, Cwmtillery was capable of holding 1,000 people and designed for concerts and other purposes, it had a club-house, club-room kitchen and other offices, the cost of the building was £1,400. It was paid for by public subscription.

The Hall used as a Church.
In the 1870’s it was used to hold divine religious services in Cwmtillery.

The Hall used as a School.
In February 1894 it was announced that the Colliers Hall, Cwmtillery would be used as a temporary infants school for about 280 children while the education board negotiated over the price of land to build a school.

The Hall used as a Skating Rink.
In 1909 Colliers Hall, Cwmtillery had a skating rink. The hall was especially adapted to cater for the growing trend of roller skating.

The Hall used as a Gymnasium.
In the 1910’s the Colliers Hall, Cwmtillery was used as a gymnasium, they had their own team of gymnasts and entered many local competitions. In 1911 there was a gymnastics competition held there.

The Cinemas.
By 1922 the town and district of Abertillery had seven cinema houses, as follows – The Metropole, The Gaiety Hall, The Pavilion Theatre, The Empress Hall, The Palace Cinema, The Colliers Hall and the Kino Picture House at Six Bells. When the Palace Cinema closed in the early 1970’s the old National Church School was renovated and converted into a cinema called the Scala Picture House, making the total of cinemas in and around the town to eight.