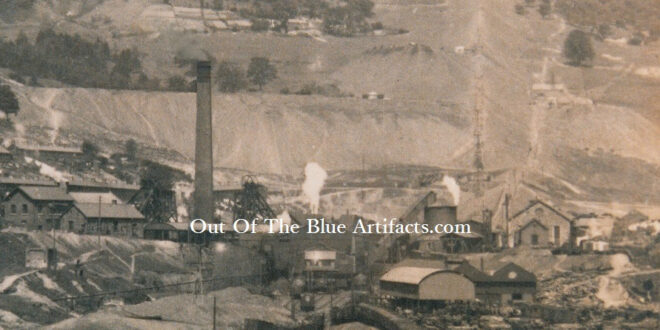 Points of interest – The large flat tip seen (behind the chimney) was from the Llanerch Padern Coal Level which can be seen (far right). Originally there were tramlines leading from the level to the tips for distributing the waste. The collieries were adding to this and the whole area became covered in waste.

The colliery feeder lake was twice the size it is today, over the years the waste gradually slid down the mountain and into the feeder, resulting in the feeder being practically swamped and halved. The 1970’s dredging helped clean the water though the feeder never regained its original size and area.

To the left of the image is the rope-way and standards from the Cwmtillery washery at Penybont. Also on the image can be seen the old white coloured circular and domed shaped powder magazine (centre on the flat tip) belonging to the colliery company for the levels.