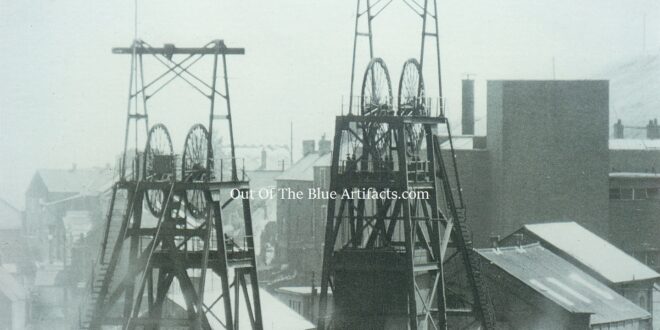 Cwmtillery Colliery Experiments with Iron Pit Props.
In October 1929 an article in the “Ebbw Vale Works Magazine” stated experiments with iron pit-props conducted at Cwmtillery Colliery had proved successful. The number of iron props in use were 12,107 and the number of flats were 2,177. As a result of the change from wooden props to iron props the timber consumption was reduced considerably. It was also noted that where iron props were used in conjunction with steel arches, the quantity of timber was reduced to a small amount, with a great saving in working costs.

Roof Bolting.
On Wednesday 4th December 1957 the Western Mail newspaper reported that the Cwmtillery Colliery were experimenting with roof bolting, instead of using steel arches or pit props they were bolting steel bars to the roof. A series of 6′ foot holes were bored into the roof and packed with glue resin sticks, dimpled textured round bars, the same diameter as the holes and with a 8″ inch threaded end would then be driven up into the hole leaving the threaded end showing. When the resin dried, approximately 10 minutes curing time, a steel plate would then be bolted to the threaded bars protruding from the roof to secure it.

This roof bolting procedure didn’t really replace the steel arches or pit props as more than often the roof in the collieries was not than solid enough to support itself by this means.

This practice can be seen today on the new Heads of the Valley’s roadworks on the Black Rock securing the sides of the mountain along the roadway.