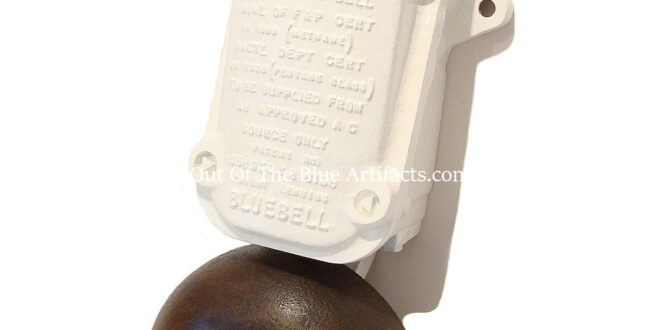 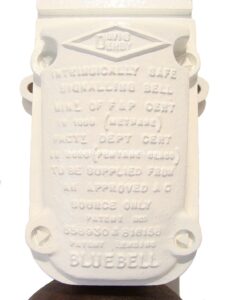 Most, if not all of these bells had a small light bulb in a glass housing fixed into the centre of the metal plate at the top of the bell, to visually aid in the signalling.

Bells like this were used mainly in the haulage houses underground with the old steam haulage engines, they were placed in front of the engine driver so that he could see and hear the signals being relayed to him.