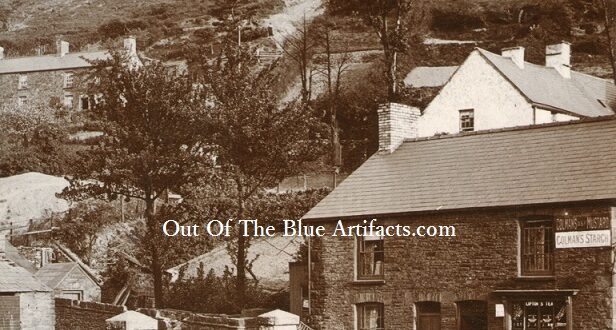 Durban Level.
The image is of the Six Bells Post Office at Browns Corner, Six Bells and shows the old tram line coming down the mountain from the Durban Level. In the foreground is the road bridge spanning the tram line as it goes under the road at this point and on down to the railway lines.

Notes of Interest –  As to why this coal level was named Durban Level is a bit of a mystery, though in the late 1830’s and early 1840’s and later the Boers clashed with the British over control of the port town of Durban, South Africa. The British were victorious and in 1854 Durban became a borough town. The proprietors of the Durban Level could have developed the level at this time and may well have named the level in remembrance of the conflicts and this occasion.