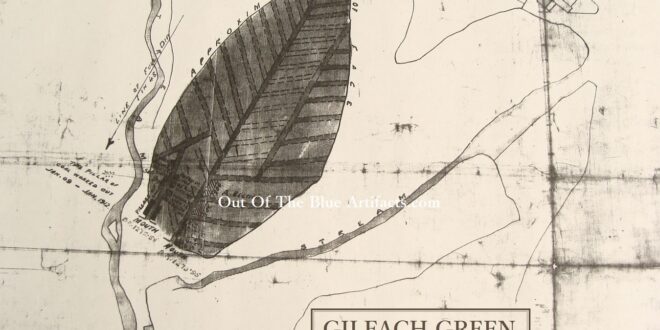 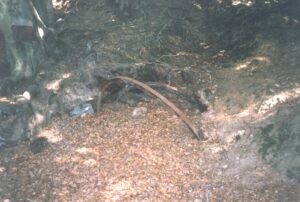 The Coal Level Workings.
The Gilfach Green Coal Level was down in the valley on the eastern side of the Tillery Brook and driven in and under towards the farm. The workings were dated 1895 and 1904.

In 1908 it was owned by Lewis Lewis of Blaentillery Farm, Cwmtillery and employed two men below ground. The ring-work at the entrances (as seen in the image left) can still be seen today only bent and crushed.