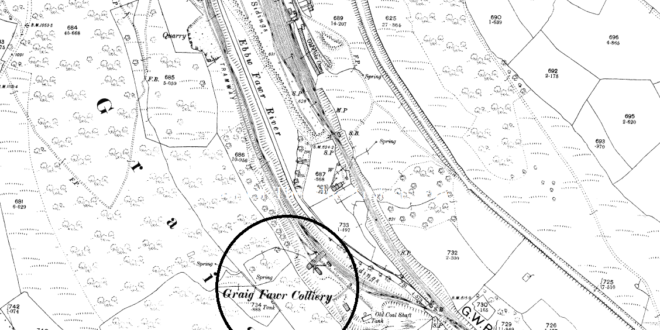 The Graig Fawr Colliery was not marked on the 1880 maps and only appeared on the 1901 ordnance survey maps, so must have been sunk between those years. on the 1880 maps there was an old shaft with railway sidings close to where the Graig Vawr Colliery would later be established and sunk. I really don’t know if this old colliery was an original Graig Fawr pit and the owners just sunk a new shaft? The old shaft appeared on the maps and yet still looked as though it went unused on the later maps.

The Graig Fawr and Marine Combine.
In 1908 it was listed as being combined with the Marine Colliery, Cwm.

On the 1921 map the Graig Fawr Colliery was disused.

On the 1923 list of collieries the Graig Fawr Level was still open and employing just 75 men.

There was also another Graig Fawr Level slightly north-west of the Marine Colliery (as seen on another page).