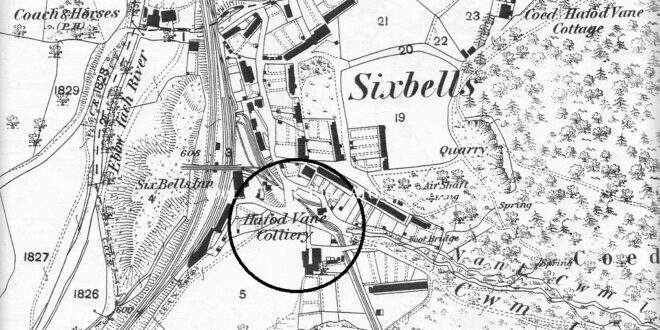 Hafod Van Level.
This coal level was situated close to the railway on where Browns Corner is today. It was one of the oldest levels in Six Bells and was supposedly owned by Mr Thomas Phillips Price in 1869, as with the Durban Level, I don’t know if it was Messrs T. P. Price as in Thomas Protheroe Price? (More research is needed on these two coal owners).