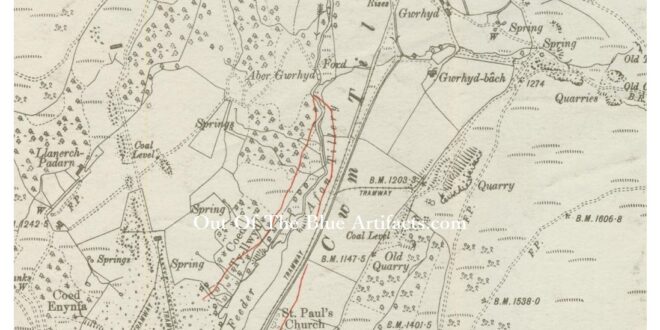 The Tram Route.
The tramway route was down to where the Reservoir House is today, down parallel with the road past the lakes, Lake Villa and into the Cwmtillery Colliery for transport by rail.