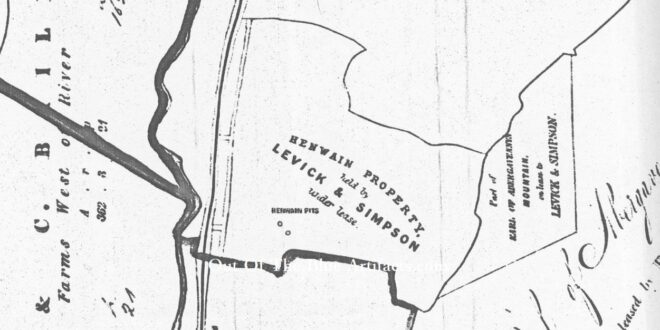 Henwain Colliery Blaina.
The name of the colliery was Henwain (English) or Henwaun (Welsh – Old Moor). There were two shafts on the site of the colliery, one winding shaft, the other was a ventilation shaft.

The colliery was located on the eastern side of the Blaina valley on Mynydd James between Blaina and Bournville. Opened by Messrs Crawshay and Joseph Bailey, sometime in the early 1850’s it was later owned by their company the Blaina Works, then Nantyglo and Blaina Company and was later leased by Levick & Simpson who leased the Henwain Estate (as seen on the 1870’s Crawshay Bailey land ownership map above).