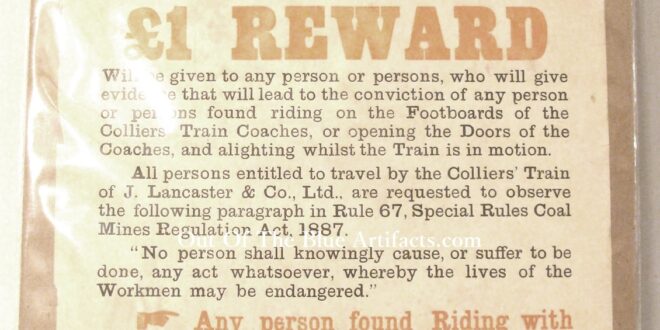 The Problems Leading to the Issuing of the Reward Notices.
In the 1890’s the Lancaster Co workmen’s trains were being abused, the passengers were treating the transport with disregard and showed no respect to the carriages. The company tightened up and clamped down on the problem.

The following clipping is from Friday 30th April 1892

The following clipping is from August 1892

The clamp-down didn’t seem to have much effect as 2 years later in 1894 the Lancaster company produced and posted reward posters (as seen above) to try and combat the many problems.