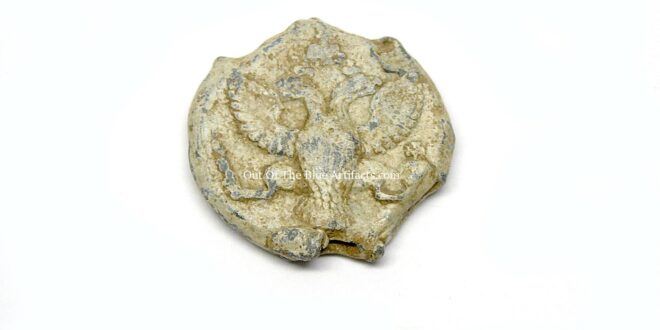 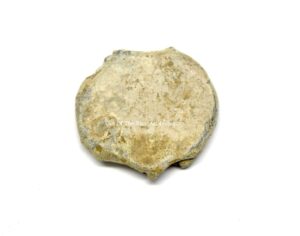 Russian Lead Sack Seal.
This sack seal is of Russian origin and features the Russian Imperial Double-Headed Eagle used as a symbol of the empire between 1721 to 1917.

These were designed to seal the sacks as proof of the vendors goods. Each vendor had their own personal tamper proof seal.