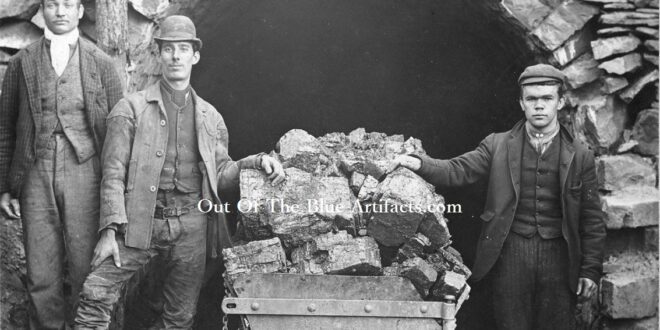 Mr John Russell Esq.
There were reports that a coal level was in operation and working in conjunction with the deep pit to mine coal and to aid with ventilation when Mr John Russell Esq had ownership of the Cwmtillery Colliery during 1847-1864. There is no confirmed information on this particular level though it may have been part of and included in manpower figures of the Tillery Red Ash Collieries combine?

The coal from this colliery was taken down from the level and into the Cwmtillery Colliery just by the feeder lake. The waste was just dumped on the side of the mountain by the feeder. In the 1920’s this tip slid down into the valley on many occasions during various landslips that affected the area at this time and resulted in the colliery feeder lake being inundated with waste. Because of this the lake has been geographically altered and had to be dredged on a few occasions.

The National Coal Board.
In 1947 upon nationalisation of the collieries Llanerch Padern Level was taken over by the N.C.B. but was still in the Lancaster Unit.

The Closure of the Llanerch Padern Level.
The coal level workings closed in the 1950′. Over the years the level entrance has moved further up the mountain from its original position, the entrance is still partially open and used by the water board to drain water from the mountain. The level entrance is situated at the top of the concrete culvert above the lake.