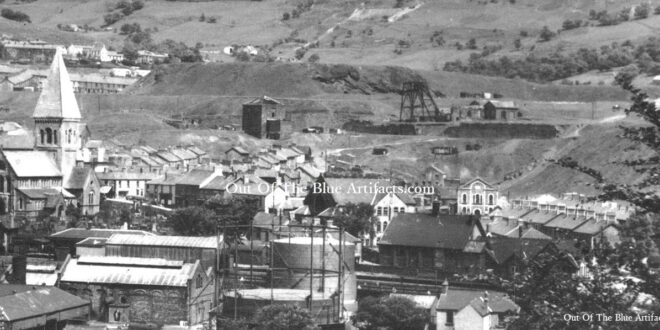 Lower Deep Colliery – List of Fatalities.
This list of deaths at the Lower Deep Colliery, Blaina covers most of those reported in National and Local Newspapers. This page is fluid and will be updated as more information is received.

1878.
Mr Evan Jenkins, aged 52. Died – Thursday 28th February 1878. Cause of death – Mr Evan Jenkins was working the level between the Upper and Lower Deep Collieries, Blaina when he was killed by a fall. Mr Jenkins lived at Orchard Street, Brynmawr.

1883.
Mr Thomas Jones, aged 61. Died – Sunday 3rd June 1883. Cause of death – Died from his injuries after being crushed by a dram below ground. Mr Jones lived at Cemetery Road, Brynmawr.

1885.
Mr James Fox, aged 55. Died – Thursday 10th December 1885. Cause of death – Mr Fox had just started back to work that day after having time off, he was working underground with his two sons Robert and William when a fall occurred, Mr James Fox was killed yet his both sons escaped although were seriously injured. Mr Fox lived at Parrot Row, Blaina.

1901
Master Samuel Wilcox, aged 6. Died – Tuesday 4th June 1901 . Cause of death – Master Samuel Wilcox was playing on the sidings at the Lower Deep Colliery when he was run over and killed by coal trucks. He was the son of Mr Frank Wilcox of Cwmcelyn.

1914.
Mr John Parham, aged 45. Died – Thursday 9th July 1914. Cause of death – Mr John Parham was leaving the colliery at the end of the shift when he was hit by a dram and killed. Mr Parham lived at Club Row, Blaina.

1920.
Mr William Henry Davies, aged . Died – Thursday 15th April 1920. Cause of death – Mr William Henry Davies passed away at the Nantyglo and Blaina Hospital following injuries received while at work at the Lower Deep Colliery. Mr Davies had cut his finger on Thursday 1st April, it turned septic and he visited his doctor on Monday 5th April who applied antiseptic. Swelling of his finger occurred and a swelling under his arm pit, the doctor sent Mr Davies to hospital where he later passed away from septic poisoning.