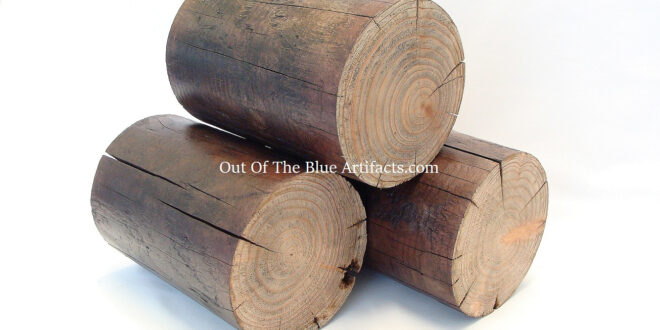 Miners Domestic Firewood Blocks.
There was an unwritten agreement in the collieries of South Wales that each working miner was entitled to one block of wood per day for domestic use, for fire-wood.

The blocks (as seen above in the featured image) were 9″ x 6″ inches on average and were cut by the working miners, from timber props which was used below ground. The blocks were usually cut towards the end of the shift, carried up the pit, taken home and put in the coal-house at home to keep dry, they were chopped up in the mornings to light the coal fires.

At Rose Heyworth Colliery the yard foreman would also get a load of these timber props and have the sawyer cut blocks from them to hand out to the pensioners every Friday in the pit canteen. They were taken to the canteen in hessian sacks and placed in the top right-hand corner of the canteen close to the wages distribution counter.

The blocks featured are in my collection and are genuine old dried out, cleaned and polished blocks from the era.