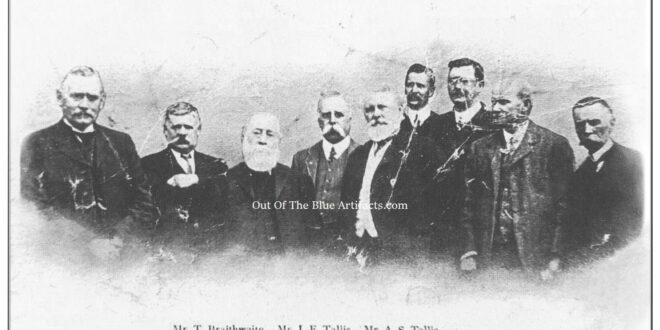 Mines Rescue Station – Crumlin.
The featured photograph above is of the committee of the Monmouthshire Colliery Owners Rescue Association 1910.

The Crumlin Station served the Eastern and Western Valleys of Monmouthshire and like the other station at Aberaman it was the outcome of a voluntary effort on the part of the coal owners in the district.

Description of the Building.
The building was erected at a cost of £3,000 on land secured through Mr Iestyn Williams via a lease from the Llanover Estate. It included an air-tight gallery of 125 feet by 9 feet to simulate the conditions that the team might have faced while attempting rescue below ground. The whole length of the gallery was made up of mock headings and stalls 93 feet long 6 feet wide by 3 feet high with rails laid the whole length of the gallery. There was also an overhead mock-up tunnel, accessed by a fixed ladder and this gallery is made to resemble a colliery which had been visited by an explosion.

Even though the government expressed interest in mining experiments they put up no money towards this project, therefore the coal owners had to put down the £10,000 to fit up the experimental gallery from which very valuable information had been brought to light which would prove invaluable in the future for preventing and minimising the effects of colliery explosions. It was stated that more credit to this was due to Mr Garforth of Normanton.

The station also had offices, stores, dressing rooms and baths and was intended to train rescue personnel from all the collieries in the area. They were under the direct supervision of the instructor Sergeant A. T. Winborn who was the leader of the rescue party at the Hamstead disaster and who received a gold-medal from the Lord Mayor of Birmingham for conspicuous bravery on that occasion. Sergeant Winborn was one of the pioneers of rescue work and for ten years had experimented with all kinds of apparatus. He was an army man and holder of the Indian medal (1905) with clasps for the Tirah and Punjab frontier (1897-98).

At the time of nationalisation in 1947, the Crumlin Rescue Centre was taken into the control of the National Coal Board.