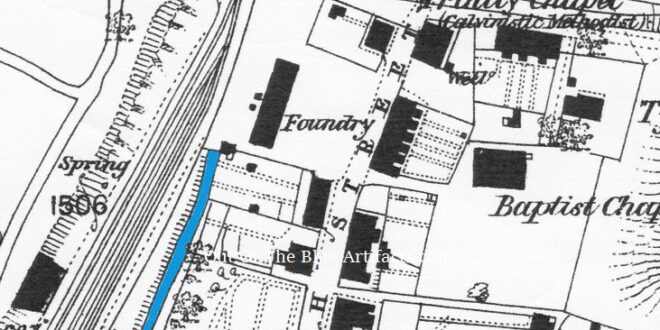 His wife Jane was from Swansea. His son Henry was born in Aberystruth in 1863.

In 1925 the Warwill Iron Foundry closed.

In 1959 the foundry employed 70 people and expanded down to the now derelict tin works site at Station Road. The foundry behind Church St became its engineering dept while the old win works site now Warwill’s was used to make its castings.

Later, land to the south of the Station Road site was sold to the Low Cost Supermarket chain. The Warwill’s Church St Foundry, was sold.

In 1989 Abertillery Holdings moved its head office to Bristol.

In about 1992? the Warwill’s Foundry was owned by Bawn Bros.

In 1997 the Bawn Bros moved all iron founding operations at their Abertillery Works to their foundry at Aberbeeg and incorporated with Blackwood Engineering. After this they sold the Abertillery site to the Tesco Supermarket chain.