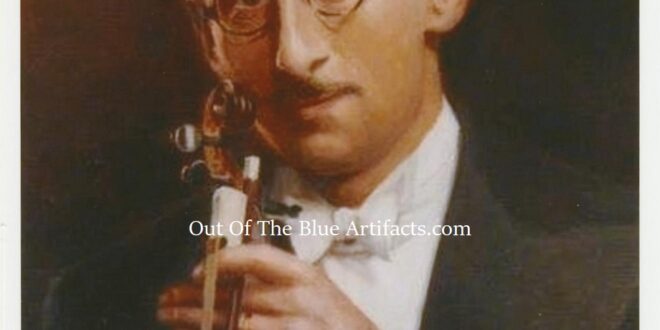 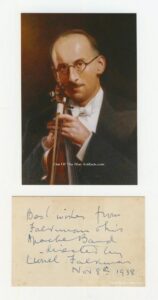 At the Powell’s Tillery Gymnasium Hall in March 1908, Lionel Falkman played on the violin “Mendelssohn’s Concerto” in E minor, the piece was thirty-two pages in length though he played the whole concerto from memory, and he was still only fifteen years of age.

Vaudeville Cinema, Reading.
After the first world war Mr Falkman became Musical Director at the Vaudeville Cinema at Reading, Berkshire. He held that post until 1921 until the Capitol Theatre, Cardiff was constructed.

The Cinema Orchestra and the B.B.C.
It was reported that Mr Falkman and his Orchestra were the first cinema orchestra to be broadcasted on the B.B.C.

The Preview Image.
With the image of Mr Falkman (as seen above) is a card with his genuine signature and best wishes message from November 1938 written in ink.