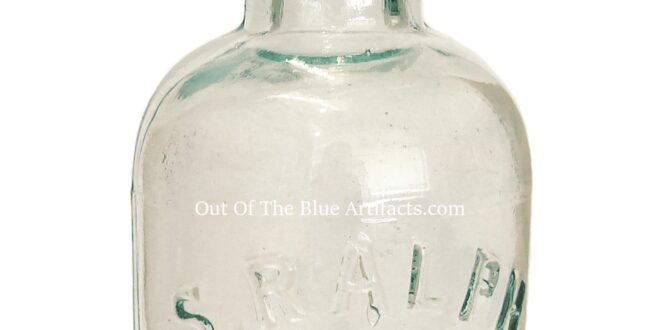 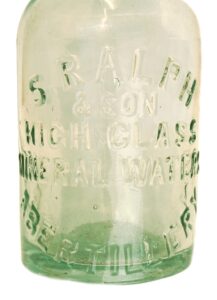 A close-up of the bottle (as seen left) with the embossed lettering.

In March 1905 Mr Ralph applied to the council for permission to build a pop factory and stabling at Portland Street, Brynteg at Blaenau Gwent and started a new business, he began manufacturing aerated mineral water. 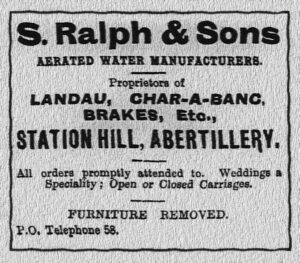 In April 1909 the Ralph’s Pop Factory at Brynteg, Abertillery was inspected and deemed unfit for purpose, Mr Ralph was given 6 months to bring the factory up to standard requirements. The manufacturing of mineral water continued as in November 1911 the council wanted to widen the road at the bottom of Portland Street and the area close by, the Roads and Bridges Committee were in communications with Mr Ralph in connection with the purchasing of land near the pop factory.