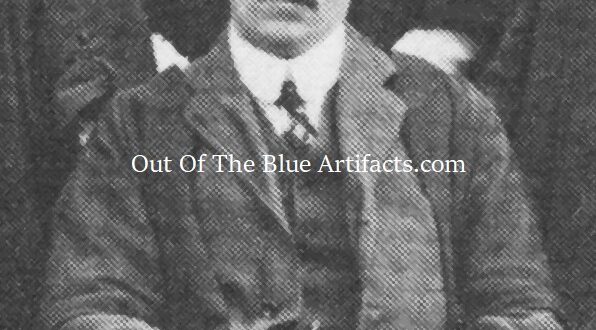 Mr W. D. Lewis Evans.
Mr W. D. Lewis Evans was born in 1871 at Cardiganshire, the son of John and Martha Evans. He was educated at Conwil Cayo Elementary School, Llansawel Grammar School and Ardwyn Secondary School at Aberystwyth. Mr Lewis Evans then proceeded to University College of Aberystwyth. He had a distinguished university career, obtaining his B.A. (London), degree with First Class Honours in English and later the M.A. degree in Celtic being placed second on the list.

In 1895 Mr W. D. Lewis Evans, at the age of 24, was appointed headmaster at Llanidloes County School.

The Opening of the Intermediate Education Institution at the Oddfellows Hall and King Street Vestry, Abertillery.
On Tuesday 22nd September 1896 the intermediate school institution opened in the Oddfellows Hall, Abertillery and King Street Baptists Vestry. Mr W. D. Lewis Evans M.A. London was (Headmaster), he appointed Mr F. C. Carey B.S.c London A.R.C.S. as (Assistant Master) with Miss Edith M. Ewart M.A. Victoria, as the post of (Headmistress). The school was the first to start in the county with 60 scholars attending, about 30 pupils in each premises, the boys were taught at the Oddfellows Hall and the girls at the King Street Vestry. I found that Mr F. C. Carey the assistant master was paid a salary of £110 per annum and Miss Edith M. Ewart was paid £80 per annum equivalent to £13,860.00 and £10,080.00 respectively in today’s money.

In March 1930 after 34 years as headmaster of intermediate school education in Abertillery Mr W. D. Lewis Evans announced he intended to retire. After his announcement 23 applications were received for the post of the new headmaster.

The following month the Board of School Governors drew up a short list of applicants for his successor. The names on the short list were as follows – Mr Martin R. Lewis, B.A.; Mr J. R. Taylor, M.A.; Mr Llewellyn Jones, B.A.; Mr W. J. Osbourne, B.A.; Mr W. L. Hoskins, B.A. and Mr L. Oulton M.Sc.: The names put forth were all members of the staff of the Abertillery Intermediate School, with the exception of Mr Hoskins who was headmaster at the Hafod-y-Ddol Secondary School, Nantyglo.

After his retirement Mr W. D. Lewis Evans and his wife Margaret moved to Crockett Road, Swansea. A short while later he fell ill, attended hospital for surgery and was treated by Sir Charles Watson at the Weymouth Street Nursing Home, London.

The South Wales Gazette stated in his obituary that Mr Lewis Evans was “a scholar of distinction, a first class organiser and an essentially practical and progressive teacher. He was responsible for pioneering work in the “direct method” of language instruction. He accorded every sympathy to his assistant teachers and encouraged them to experiment with and to adopt the most up-to-date methods. They found him a loyal supporter in times of doubt and difficulty. In dealing with those under his care he insisted upon a high standard of work and moral conduct. The thoroughness of his academic work of the school was shown by the successes of pupils and ex-pupils in examinations as well as by the long list of Old Tyleryans now occupying distinguished positions of high responsibility.

Mr Lewis Evans devoted his entire energies to his school and was hardly seen in public. He sought no honours other than those earned by his pupils. When he spoke, his words were well chosen and his opinions on educational matters were highly esteemed. Mr Lewis Evans showed no tolerance to slackness, hypocrisy or deceit, he forged links of friendship with those who were filled with endeavour – and to these he was easy to approach. Over the years his old pupils had come to value his example more and more highly and pay grateful tribute to all that Mr Lewis Evans stood for in their lives”.