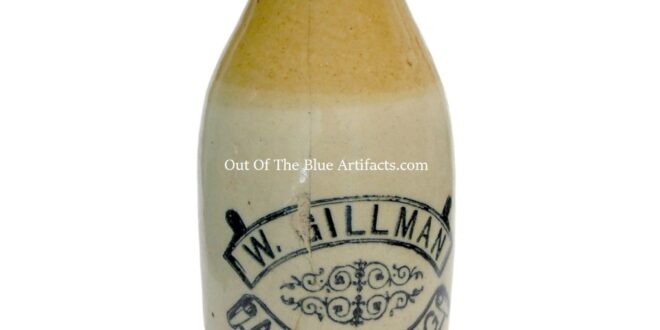 Mr William Gillman.
Mr Gillman was born in 1867 at Aberbeeg.

On the 1881 census Mr Gillman, was an apprentice cellar man, living with his mother and step-father Joseph and Hannah Clark at Woodland Terrace, Aberbeeg.

In 1889 he married Miss Keziah Cleaves of Abersychan and both took the licence of Union Hotel Abersychan, he came back to Aberbeeg in about 1893 as his daughter Lily Gillman’s birth was registered at Aberbeeg and it may have been at this point that he began the bottling business at Aberbeeg. He was only in Aberbeeg for a short while as in 1895 his son Arthur Gillman’s birth was registered at Abersychan.

On the later censuses he was resident in Abersychan and was the long-term landlord of the Union Hotel at Abersychan.