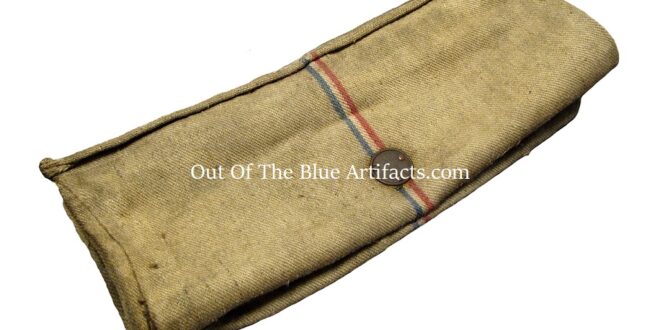 N.C.B. Coal Sack.
An old hessian N.C.B. coal sack with name plate and copper rivets. There is also faint N.C.B. lettering imprinted on the front of the sack.

The National Coal Board used to give concessionary coal allowances to its employees. The amount of the allowance of coal varied throughout the United Kingdom. In Wales I believe it was between five and six tons per year – one ton every eight weeks. 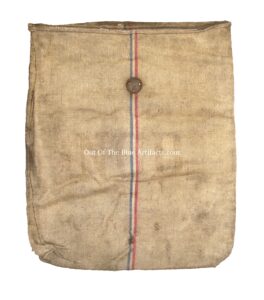 The coal allowance of one ton would be delivered to the households every eight weeks by the N.C.B. or contractors working for them. In the early days the coal would be delivered to the houses and the contractors, called the “Coal Men” would dump the ton of coal into the back alley, or lane at the rear or front of a house. When this occurred the family would have to get the coal in themselves.

Later the contractors would deliver the coal to the premises in sacks (similar to the one in the image left) and they sometimes would enter the property to dump the coal into the coal houses or sheds of each household and take the sacks back to the lorries. Very often these coal houses or sheds were outside the premises, attached to the house or in the yard’s. Sometimes they were actually inside the home and accessed by hatches in the side of the house. An example of this can be seen in the coal fuelled houses at Arael View, Rose Heyworth, Abertillery. The coal bunkers were in a room at the bottom of the stairs and the access hatch was to the side of the front door at about 6 feet above the ground level. When the coal man was due to deliver, the occupant would have to seal the coal house door to stop dust from entering the passage and hallway.

The concessionary coal allowance was awarded to employees of the N.C.B., though if there was more than one miner in a household that worked at the colliery the award would go to the elder person in that house and no other (example – If a father and his four sons living at home worked in the mine, only the father would receive the allowance, if the father died the award would go to the eldest son and so-on. If a son got married and moved from the home he would receive his own allowance at his new home in his own right) upon retirement the miner would still receive the coal allowance but at a slightly less amount.

In the 1970’s times changed with the introduction of enclosed fires such as parkray’s and rayburn’s which used anthracite coal, as this type of coal wasn’t mined in South East Wales it had to be transported from the western coalfields to the employees in the east who used such appliances. 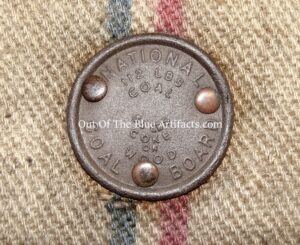 At the same time the councils were building new houses and installing a cleaner fuel “gas” many N.C.B. employees were housed in council houses that had gas heating and appliances instead of coal and in cases where there were no other option but to use gas these employees were given an N.C.B concessionary gas allowance of £40.00 per month paid in cash with their wages. I was one of these people who received this allowance.

When my wife and I got married in 1980 we were housed in council accommodation that had all gas appliances, the council informed the N.C.B. that at that time there were no other houses available and the N.C.B. issued us with the concessionary gas allowance of £40.00 per month to cover our gas bills in place of our concessionary coal allowance. Over the years the N.C.B. was under pressure to stop this concessionary gas allowance as it didn’t seem fair to pay cash to some people and give coal to others while working in the same industry. I also believe that this gas concession was not available to private ownership houses where the owners had a choice of which fuel to use.

Eventually in 1983 the National Coal Board issued notices that all concessionary gas allowances were to stop in that year. The council worked with the N.C.B. and made arrangements to re-house the tenants into coal appliance houses.

We asked the council to be moved in 1983 into a coal house and was awarded our concessionary coal allowance at our new home. This allowance of coal lasted until the N.C.B. closed the collieries, at that point all miners who took redundancies and were under the age of retirement had to forfeit their coal allowance. In the 1990’s many of the retired miners who were eligible for the coal allowance changed their heating appliances and converted to gas as it was much easier and cleaner, this with the hundreds of thousands of younger ex-miners who lost their allowances led to the end of the “Coal Man” in South Wales and the coal sacks as seen in the images.