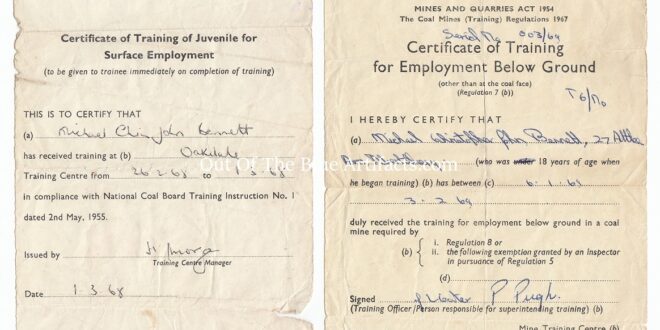 These certificates are my brothers Mr Michael Christopher John Bennett issued for his employment at Cwmtillery Colliery in the late 1960’s.