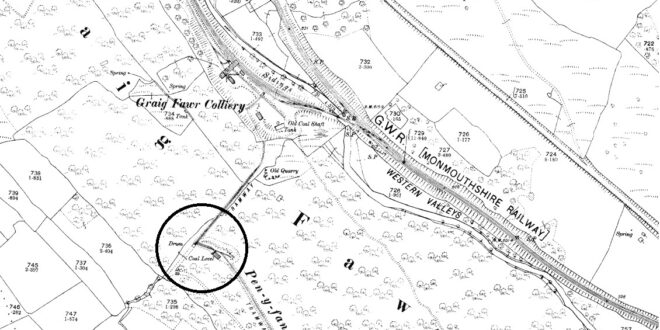 By 1920 the Graig Fawr Colliery was disused, the tramway from the old Penyvan Colliery was also disused though the new Penyvan Level was still in operation.