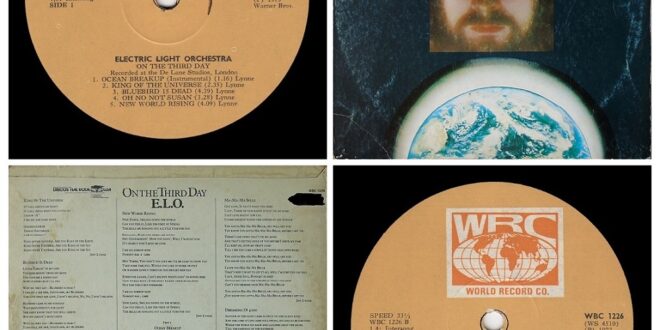 SIDE 1
Ocean Breakup.
King Of The Universe.
Bluebird Is Dead.
Oh No Not Susan.
New World Rising, Ocean Breakup (Reprise).

SIDE 2
Daybreaker.
Ma Ma Ma Belle.
Dreaming Of 4000*.
In The Hall Of The Mountain King.

Notes……. *The track “Dreaming Of 4000” is printed on the back cover but the label states it as being “I’m Only Dreaming”.

There is a sticker on the front cover (top right) corner. Not too sure if it’s part of the cover or added at a later date?

This record was made in Angola, Africa, as seen on in the images opposite.