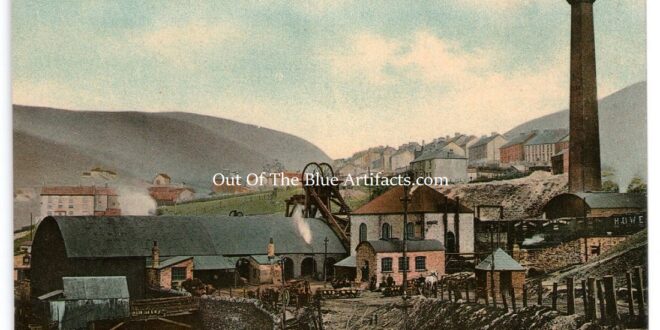 Penybont Tillery Colliery – List of Fatalities.
This list of deaths at the Cwmtillery Colliery, Abertillery covers most of those reported in National and Local Newspapers and Ancestry files. This page is fluid and will be updated as more information is received. Entries with an asterisk* after the date signify that the name and date was taken from Ancestry and cannot be verified with a newspaper report.

Mr John Robins. Died – 30th January 1854*. Cause of death – Mr Robins was a pumpsman and fell from the cage down the pit whilst repairing a pipe in the shaft.

1877.
Master Jeremiah McCarthy/Carter, aged 14. Died – Monday 20th August 1877. Cause of death – Run over by drams. Two reports were located, one in which the surname was McCarthy and another showing Carter.

Mr Joseph Chivers. Died – Wednesday 21st November 1883. Cause of death – Mr Chivers fell from the cage whilst in the shaft. The winderman Mr John James was committed to trial for winding too fast.

Mr Richard Weaver, aged 32. Died – June 1895. Cause of death – Mr Weaver was killed in an accident on the level crossing at the colliery.

1900.
Mr Tom Gulliford. Died – Tuesday 12th June 1900. Cause of death – Run over by a truck in the screens at the surface of the colliery. Mr Gulliford was said to have been a local preacher.

1903
Mr Stephen Allen, aged 46. Died – Wednesday 3rd June 1903. Cause of death – Mr Allen was a sawyer at the colliery and had been injured seven weeks previous and died from his injuries on 17th June 1903. Mr Allen lived at Tillery Street, Abertillery.

Mr Joseph Richard Hardacre, aged 34. Died – Saturday 15th August 1903. Cause of death – Mr Hardacre was working at the colliery incline sidings under contract of Mr Moses Adams of the Powells Tillery Steam Coal Co, when on Wednesday 22nd July he was involved in an accident and was crushed by trucks, he never recovered and died on Saturday 15th August 1903 at the isolation hospital. Mr Hardacre lived at 9 Penybont Road, Cwmtillery.

1909.
Mr George Cooper, aged 55. Died – Tuesday 30th November 1909. Cause of death – Fall. It was reported that the fall was very extensive with 20 drams of stone falling upon Mr Cooper and it took the rescuers a while for him to be extricated. Mr Cooper lived at Princess Street, Abertillery.

1919.
Mr Ansell Thomas Godfrey, aged 65. Died – Monday 6th January 1919. Mr Godfrey had finished his shift below ground and was waiting for the cage to take him to the surface when he collapsed and died from a heart attack. Mr Godfrey lived at 7 Clarence Road, Abertillery.

1921.
Master Albert Jones, aged 12. Died – Friday 19th August 1921. Cause of death – Master Jones died after he was run over by a dram on the surface of the colliery whilst picking coal with a gang of other boys. Master Jones lived at 13 Bishop Street, Abertillery.

Mr Lewis Sterry, aged 22. Died – Friday 26th September 1924. Cause of death – Mr Sterry was using the coal cutting machine when a air-bag hose became disconnected, men rushed to the scene to find Mr Sterry dead, he was laying face down without any obvious injuries. An inquiry was to take place. Mr Sterry lived at 13 Lower Houses, Bishop Street, Abertillery.