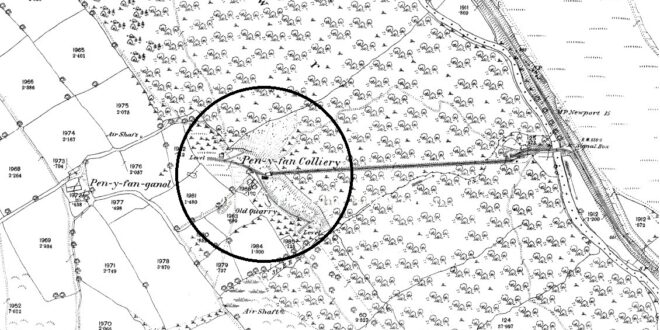 Penyvan Colliery.
One of the earliest known collieries in the district, it was situated on the mountain slightly north west of the Aberbeeg Colliery with its tramway coming down towards the River Ebbw Fawr (as seen on the map).

The Sale of the Colliery.
In October 1808 the colliery was for sale along with the Penyvan Uchaf Farm. The tenant was Mr Moses Watkins.

Mr Edmund James.
In 1820 Penyvan Colliery was again put up for sale by the then owner Mr Edmund James. Mr Edmund James, in question, may have been the father of the eminent land owner and original timber merchant from Abertillery. The colliery produced coal and lime and was connected by a tramway to a valuable quarry of good quality building stone.