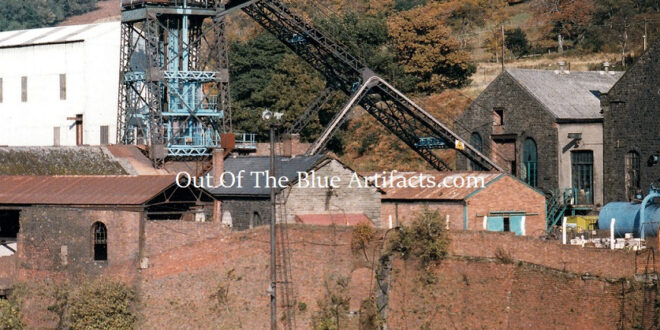 1882.
Mr Daniel Hyde, aged 25. Died – Friday 18th August 1882. Cause of death – Mr Hyde tried to cross the pit while the carriage was in motion which crushed his head, he died from the severe injuries the following day.

Master Abednego Aaron.  Died – Tuesday 18th October 1892. Cause of death – Crushed by a journey of drams in an accident on Saturday 15th October 1892 where he was employed as a door boy, on the day in question his light went out and he walked into the coal face to talk to the men working the coal, he was described as a chatty little fella and the witness Mr Samuel Williams a haulier of Cwmtillery told Abednego to leave them alone and to go away, as he left the heading the witness heard a crash and a cry for help.

Mr Samuel Williams and Mr Thomas Holland left the coal-face to find out what had happened and found young Abednego under a dram, they lifted the dram off him and Mr Thomas Holland sat him on his knee and gave him water. The little boy said he was fine and didn’t want to be a nuisance, the witnesses carried him out and he was conveyed home to his parents at Brynmawr. Master Abednego Aaron died from severe internal injuries a few days later on Tuesday 18th October 1892. Master Abednego Aaron lived at Clydach Bridge, Brynmawr.

Master Ivor Powell, aged 15. Died – Thursday 21st May 1896.  Cause of death -Whilst jumping clear of a fall of coal he was injured by a full dram of coal causing severe internal injuries from which he died two days later.

1902.
Mr William Harris, aged 19. Died – Saturday 1st February 1902. Cause of death – Mr Harris was struck by a train while walking across the railway on his way to work at the colliery.

Mr Guiseppi Orgari, aged 28. Died – Saturday 10th December 1904. Cause of death – Mr Orgari was hit by a train on the surface of the colliery. Mr Orgari lived with Miss Napolo Lepi and G. Johanne Moleria at High Street, Blaina.

1906.
Mr Joshua John Davies, aged 16. Died – Monday 19th February 1906. Cause of death – Crushed by a journey of drams. Mr Davies was living with his mother at the Cider House, Glo Byllau Farm.

1907.
Mr William Evans, aged 63. Died – Saturday 9th November 1907. Cause of death – Mr Evans had been to Rose Heyworth Colliery to pick up his pay, on returning home he walked upon the railway line near the California Colliery, Nantyglo and was hit by a mineral train. The wagons passed over his legs, severing them both. He died of his severe injuries hours later. Mr Evans lived at 47 Clydach Street, Brynmawr.

1909.
Mr Henry Luton. Died – Friday 26th February 1909. Cause of death – Natural causes, Mr Luton fell through the screens at the colliery on Thursday 25th February 1909 in an accident, though there was no evidence to prove the fall accelerated his death. Mr Luton lived at 34 Blaenau Gwent Rows, Abertillery.

Mr William John Amos, aged 44. Died – Monday 21st December 1931. Cause of death – Fall. Mr Amos was with Mr Davies when the fall occurred, Mr Davies was killed outright, Mr Amos was taken to the Blaina and District Hospital where he died from his injuries. Mr Amos lived at 36 Coronation Street, Blaina.

Mr Brinley Howells, aged 50. Died – Friday 2nd December 1955. Cause of death – A blow to the head after falling from staging below ground. Mr Howells lived at 49 Maeshafod, Blaina.

1960.
Mr Stanley McArdle. Died – Sunday 28th February 1960. Cause of death – Mr McArdle was from Union Street, Byker, Newcastle-upon-Tyne working as a contractor for the company of Coppee, Great Britain, Ltd, London that was building the new Coal Preparation Plant on the surface of the colliery. Mr McArdle was a charge-hand bricklayer and had fell from the building while constructing it. Mr McArdle was lodging with Mr and Mrs Jack Eason at Richmond Road, Abertillery.

1960.
Mr Reginald Jones*. Died – September 1960. No cause of death reported. Mr Jones was the father of Mr Keith Jones who later died in the same colliery.

1967.
Mr Wilfred Lucas, aged 62. Died – Thursday 22nd June 1967. Cause of death – No details, Mr Williams was reported to have been a brakesman. Mr Lucas lived at Melbourne Road, Abertillery.

1976.
Mr William A. Evans, aged 33. Died – Friday 10th December 1976. Cause of death – Mr Evans came up the pit at the end of the afternoon shift and whilst in the pithead baths had a heart attack. Mr Evans was taken to the medical room where he later sadly passed away.