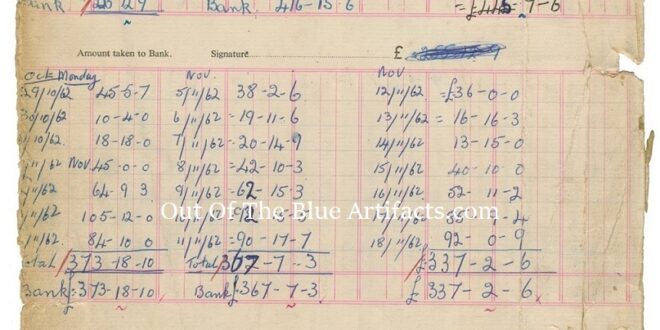 Rose Heyworth Tenants Club 1962 – 2008.
The front half page from the original Bar Takings Ledger from the first day the club opened Saturday 22nd September 1962. The ledger holds every weeks bar takings from September 1962 up to and including December 1982.