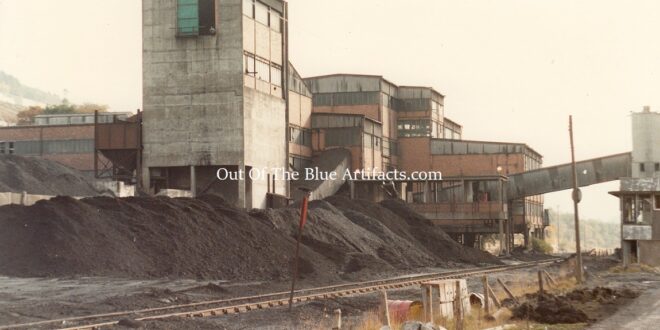 The Bradford Breaker was housed in the tall building seen in the image, it was a sort of tumbler with holes, the coal and small waste would drop though the holes and the tumbler would retain the large boulders which were ejected from the breaker. The noise of the stones and boulders being removed from the breaker was so loud that owing to the close vicinity of the houses of bottom Arael View the operation could only take place during daytime.