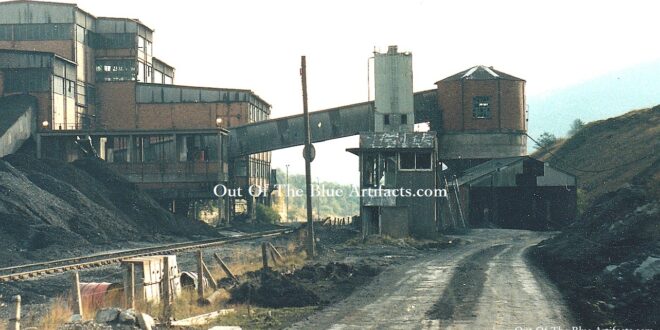 The Engine House Waste Filling and Cement Hoppers .
This image (taken by myself) in October 1985 shows the engine house and filling hopper (right) for the aerial rope-way. The old signal box in the foreground and the coal preparation plant buildings to the left.

Also in the image can be seen the large green coloured cement hopper to the left of the waste filling hopper. In the aftermath of the Aberfan tip disaster in 1966 there were concerns over the safety of other waste tips in the country and plans were put forth to add and mix dry cement powder to the waste from the colliery before it was dumped on the tip. This procedure would harden the waste and in turn stabilise the waste tips. There were many cement lorries delivering to the colliery on a weekly basis.